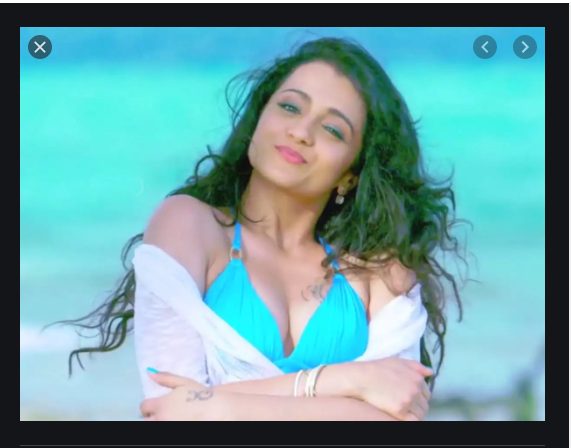 Trishna Krishnan is an Indian model and actress who works in Telugu and Tamil film industry and has appeared in many films. She got recognized for her incredibly amazing acting talent. Not just this, she is also known for her modeling skills as she has worked for many notable brands. Also, she won several beauty contests including Miss Chennai held in 1999 which led her into the film industry. Moreover, she has done many projects for which she got much acclaim. Well, here are some more things you did not know about her.

It is said that the gorgeous beau Trishna Krishnan aspired to become a criminal psychologist. But, later she discovered her interest in acting and pursued it as a career.

Trishna Krishnan appeared in the most popular music video “Meri Chunar Ur Ur Jaye” sung by the acclaimed singer Falguni Pathak.

In 2015, she got engaged to Varun Manian who was a businessman, but when things did not go well between them, they ended their relationship in the same year.

Among many honors, the actress was selected as a brand ambassador of “Scooty Pep +” and “Fanta India.”

Besides acting and modeling, she also did a few advertisements including Vivel Di Wills and many more.

Trishna Krishnan won many beauty contests including Miss Chennai Beauty held in the year 1999. Apart from this, she won the Salem Award in the same year.

She also worked alongside the famed Bollywood star Akshay Kumar in the film named “Khatta Meetha”. It was her Bollywood debut film.