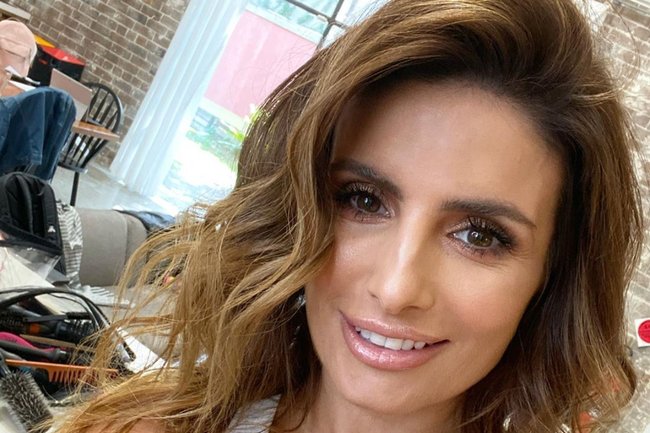 Ada Nicodemou is an Australian actress and was born on May 14th, 1977 in Carlton, New South Wales. She is popular because of her appearance in Heartbreak High Breakers, Home, and Away. Ada has also won the third season of the hit reality and variety show, Dancing with the Stars (2004) with her dance partner Aric Yegudkin. Ada Nicodemou attended The Grange Public School, and then later she joined The Johnny Young Talent School and a dance show group called Kids Unlimited, where she learned to sing, dance, and act. It was just after these groups she took the decision to get an agent. Well, there are many things left to know, and here we are going to share some lesser facts. Let us have a look!

In August 2006, Ada announced her engagement to Sydney restaurateur Chrys Xipolitas, On 17th February they got married after a six months ling engagement. They have two children together; they got separated in 2010 but reconciled the following month.

The actress, Ada Nicodemou has one younger brother named Costa Nicodemou. Her parents were both migrants, who met in Australia; her Greek Cypriot family comes from Limassol.

Ada took her first television break when she was 13 years old with Home and Away (1988), which gave her a chance to see the behind-the-scenes workings of a television series.  At the age of 15, she auditioned for Heartbreak High (1994), and then in March in the same following year when she was about to turn 16, she was called in for a 12-week guest stint.

Ada Nicodemou made her appearance also in Films and television series; like The Matrix (1999) with the role of Dujour and then she played the character of Trixie Hart in Almost in 2007.

Ada had been nominated more than a time for her work in Home and Away by Logie Awards in 2001, 2002, and 2006 for the category of Most Popular Personality on Australian Television, Most Popular Actress.

Her last name is pronounced Nicodemou with the emphasis on D. She deferred her tertiary studies for a year while she focused on Heartbreak High (1994). Ada got pregnant with her son Jonas with the help of IVF, after a few years of attempts to conceive naturally. After gave birth to her first child at the age of 35, she returned to work after 8 months of pregnancy.

Ada Nicodemou seems also quite addicted to her social media accounts and she keeps her fans and media updated about her work and life. You may follow her on her Instagram account and can keep yourself updated too.

8- Love for Her Profession

As she is in the field of acting since her earlier age of teenhood, she loves a lot her work and is much more dedicated to her profession of acting, she enjoys working with people and loves to learn new things in her professional life.