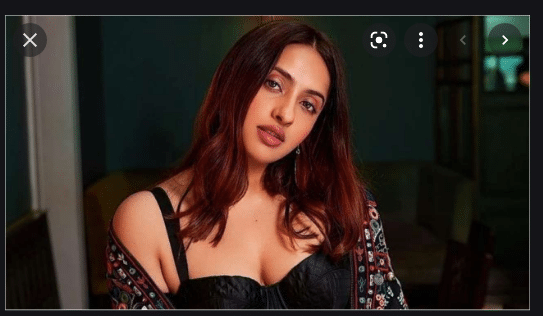 Akansha Ranjan Kapoor was born in an extremely talented family of Kapoor’s on 18th September 1993 in Mumbai. She got her early schooling from Jamnabai Narsee School. When Akansha opened her eyes for the first time she saw an actor and a director Shashi Ranjan ( his father) and the school of acting Anu Ranjan ( her mother) who is the founder and owner of The Indian Television Academy.Therefore her interest in the film industry was a matter of common fact and thus after completing her schooling she pursued her interest and received an acting diploma from Whistling Woods and did a one-year course from ITA School Of Performing Arts. Akansha started her career as a model and has worked for multiple designers which the most highlighted one is Manish Malhotra, apart from this she was also featured in a music video  Tere Do Naina. Well, let us dig out some more facts about her life!

1- Started her career through TV

She was not a lady to set boundaries with regard to her career and thus she made a television debut in 2019 with TLCs fashion series, Decoded but the reason she became the headlines was her Netflix Movie named Guilty.

2- Her fate is her real identity

Her fate is her real identity, because she has always worked with popular celebrities like, if I talk about her recent Netflix TV Series titled Ray , she can be seen pairing up with famous actor Manoj Bajpayee and other than this she is also seen with many known faces in the commercials too.

This is a frequently asked question so let us tell you that her best friend is none other then Alia Bhatt with whom she share strong bonding.

Akansha Ranjan is extremely interested in dancing and have shared many clips on her Instagram handle. Akansha enjoys travelling and dancing in her free time.

Here you will be mesmerized to hear that the actress is very possessive about her fitness and thus to maintain it she does Yoga and Pilates Exercise.

She loves to eat junk food like Pizza and the actor she would love to work with and is her favorite too Ranbir Kapoor. Woww… that’s awesome! We are sure the couple would do wonders on the big screen!

The actress is very fond of animals especially, cats and pet dogs. She often spends time with her pets with whom she shares a lot of photos on her Instagram.

We all know her by her real name as she was born as Akansha Ranjan Kapoor. But many of us not know tha she is called Kanch in her family and friends.That’s such a lovely nickname!