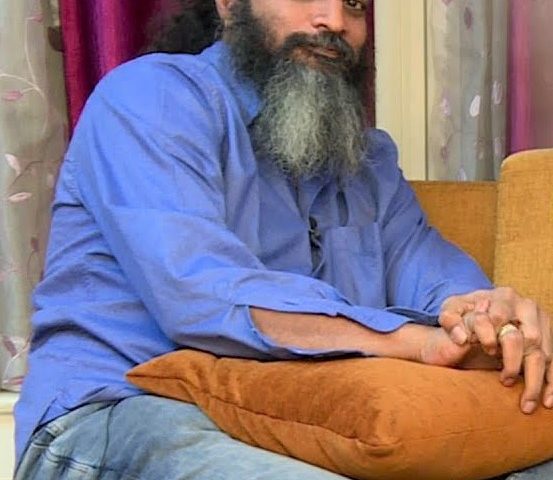 An Indian actor, writer, and director, Ayyapa P. Sharma is 52 years old belonging to Andhra Pradesh, India. He has directed and acted in a number of movies but mostly in Kannada films. He got his diploma in Fine Arts from Government Music College. He started his career in the entertainment industry as a screenwriter for the Kannada drama movie Durgada Huli starring Saikumar, Vineetha, and Shobhraj in 2000. There is no doubt that he has been enthralling a larger audience with his wonderful performances and other talents which makes him stand out. Well, here we are going to share some lesser facts to get to know more about him. So, let’s have a look! 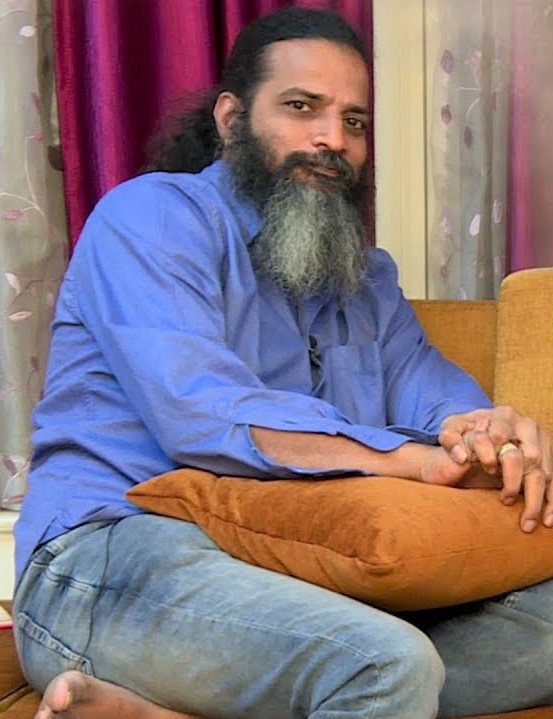 Ayyapa is a tall height, brown-skinned, smart man with long hair that he ties at the back and a salt and pepper, long beard. He has a pair of smiling brown eyes.

He debuted in the film industry in 2003 in the movie Partha directed by Om Prakash Rao where he plays the role of Kitty. Since then there is no looking back for him and has worked in various other movies such as Veera, Tiger Galli, and Katamarayudu.

He has directed a number of films since Durgada Huli such as Veera and Varadayanka. His film Veera was released in 2009 which starred Rahul Dev, Mukul Dev, Asish Vidyarthi. It received mixed responses and G.S Kumar rated it 3.5 out of 5.

Ayyapa Sharma is a member of Celebrity Cricket League Telugu warriors which is based in Telangana and Andra Pradesh amongst other well-known names such as Sudheer Babu, Sachin Joshi, Akkhil Akenini, etc. he plays as the wicketkeeper and batsman and plays against top Bollywood actors in the team Mumbai Heroes.

He has had his own production company called VistaraH Trans Media Private Ltd. Since 9 years based in Bangalore, Karnataka. That’s another achievement that he is managing his own Production House.

He has an introverted personality and keeps to himself. He stays away from the glamour of the industry and takes no nonsense from anyone.

The multi-skilled person Ayyapa P. Sharma has multiple talents including screenwriting, directing, photography, directing, and acting. And we can say that this led him to get more success in his career life.