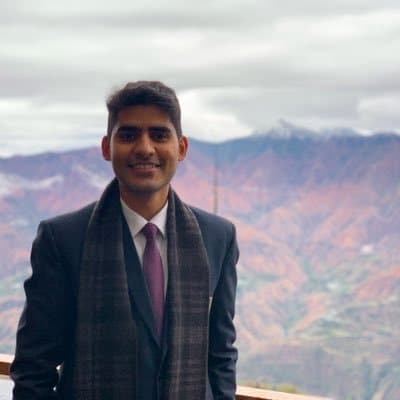 Kanishak Kataria is one such person who overcame lakhs of other writers. It is not easy to pass the UPSC exam. Many prominent leaders have passed the exam with flying colors. Their hard work and determination have left a success story for candidates preparing to take the CSE exam. Reading and analyzing the stories of these successful officers inspires aspirants to achieve their goals.

In the following article, we’ve covered some little-known facts about him below.

He used to work as a data scientist for a multinational corporation (Samsung) in South Korea, and then as a data analyst for a startup company in Bangalore, but he left his job in 2017 to prepare for civil service.

Kanishak used to study for 8-10 hours per day, which increased to around 15 hours in the two months leading up to his exam. He also received coaching from Delhi.

For almost everyone, his parents are the most important people in his life. Because they are your main source of support. Just Like that Kanishak also looks up to his father as a role model.

Aside from studying hard, he enjoys watching football and cricket in his spare time. He is a huge fan of both games.

Despite the fact that his father is a civil servant, he never pushed his son to serve in the civil service. Throughout his accomplishments, all of his family members have supported and encouraged him.

Kanishak has always been a quiet and calm person, according to his parents, and he has only a few friends.

However, there are controversies surrounding the IAS topper. Some dating websites are mocking him for using his SC caste to pass the exams. [1]