Matthew Murray also known as Matt Murray, was born on the 25th of May 1994, is a Professional Canadian Ice hockey goaltender for the Ottawa Senators Hockey Club of the National Hockey League. He grew up in the Thunder Bay District of Ontario, Canada. He was a former player of the Pittsburgh Penguins, which is a professional ice hockey team based in Pittsburgh. He was chosen by them in 2012 with an 83rd overall of the NHL entry draft. On 7th October 2020, Matthew was swapped by another hockey player by the Penguins to Ottawa Senators. Later, on the 9th of October, he signed a contract with the Ottawa Senators of a $25 million contract extension. Matthew has set records and won numerous awards in his career so far. Here are 8 interesting facts about Matthew Murray that you probably did not know. 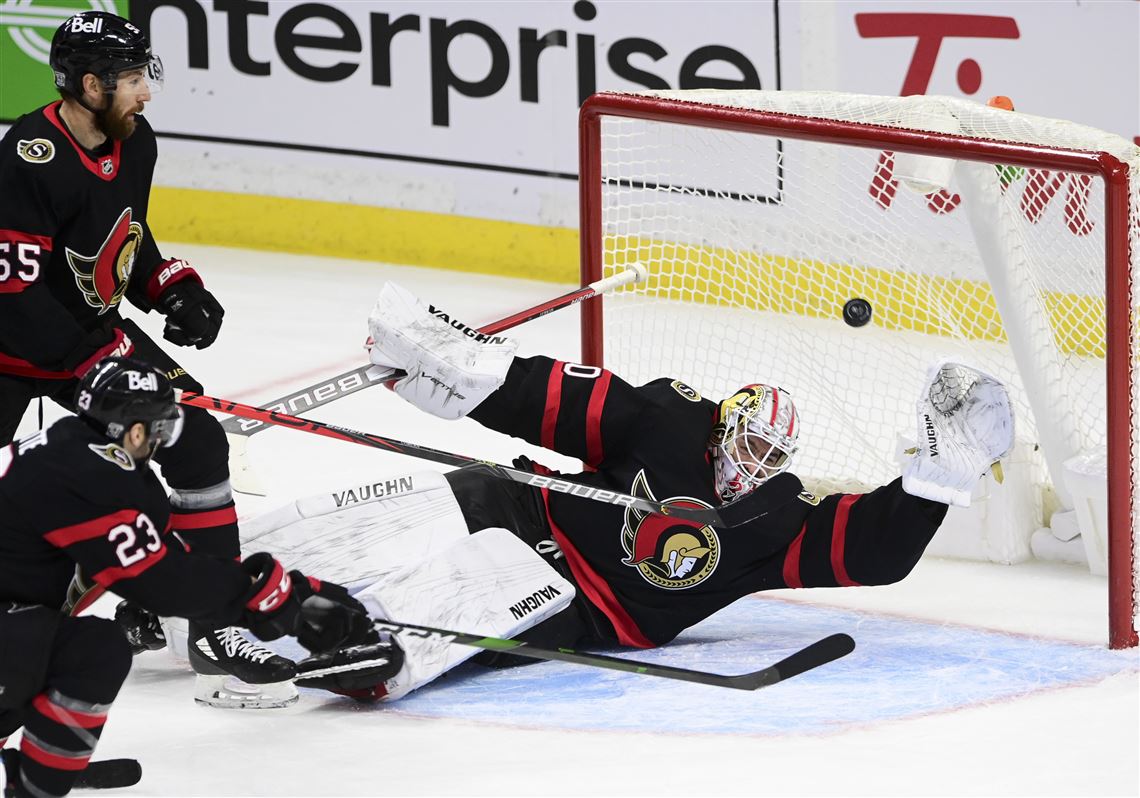 Before Matthew was signed to an entry-level contract with the Pittsburgh Penguins, he played major junior hockey in the Ontario Hockey League.

The player achieved the Bastien Memorial Award 2014 to 2015 for the best goaltender in the American Hockey League, for setting a league rookie record with 12 shutouts.

Matthew set an American Hockey League record on the 8th of March 2015, for the longest shutout streak by preventing goals for precisely 304 minutes and 11 seconds.

Matthew won his first Stanley Cup championship in 2016 as the starting goalie. It happened after he was swapped for another player by the Penguins.

5- Back to Back Victories

In 2017, during the Stanley Cup playoffs of the National Hockey League, Matthew set the record and became the first goaltender to win consecutive Stanley Cups as a rookie.

Matthew did not just win an award for the best goaltender but also won the Dudley Red Garett Memorial Award as best Rookie for being the best rookie in the league.

Matthew got married on 20th June 2019 to his high school girlfriend Christina Sirignano. They were dating at least since the year 2010 until they decided to finally tie the knot.

His mother is Dutch, while his father, who passed away in 2018 was Scottish. Matthew and his wife got blessed with an adorable baby girl on the 1st of June 2021. The couple also has two adorable black Newfoundland dogs called, Beckham and Leo Murray.