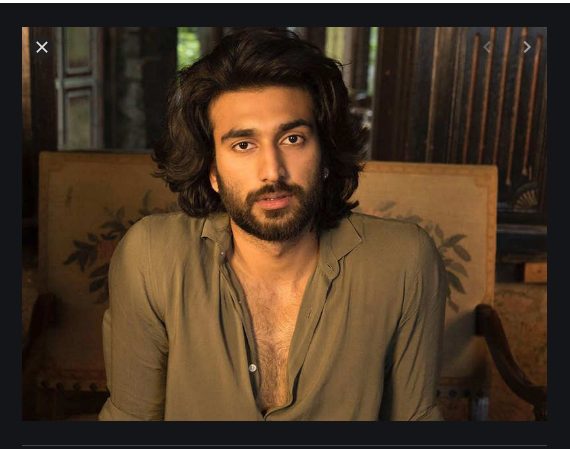 The 30 years old Indian actor Meezan Jaffery, hailing from Mumbai, born in 1989. He got his education from the Ecole Mondiale World School, Mumbai. After completing his schooling and college, he then pursued a bachelors degree in the field of Business Management. Later, he moved to New York where he pursued a degree in the field of Filmmaking. After completing his education, Meezan Jaffery took the start of his career as an Assistant Director for Sanjay Leela Bhansali’s project ‘Bajirao Mastani’ starring Deepika Padukone, Shahid Kapoor, and Ranveer Singh. Since then, he never looked back and continued to struggle. To know more, let us have a look at these unknown facts you probably did not know about.

Being the son of the famed actor, director, Javed Jaffery, and mother Habiba Jaffery, the heartthrob actor has strong associations with the industry. Not only this but his paternal uncle Naved Jaffery and his grandfather Syed Jaffery are also working in the industry since a long.

Earlier, there were rumors speculated about the charming guy that Meezan Jaffery has been dating Navya Naveli Nanda who is the maternal granddaughter of the veteran actor Amitabh Bachchan.

3- Never thought to become an actor

Once Jaffery quoted that he never wanted to become an actor because he had a passion for sports and music and wanted to pursue a career in those fields. But unintentionally, he entered the Bollywood film industry.

Once the actor revealed that he is blessed with incredible dancing skills as he has learned dancing from his father Javed Jaffery who is also a well-trained dancer.

In one of his interviews, Meezan Jaffery revealed that he is so close to his mother Habiba Jaffery, but he always considers his father strict.

A very few people know that the dashing actor Meezan Jaffery is a well-trained Martial Artist. Not only this, but he took training classes for theatre acting to hone his acting skills.

During his school days, Jaffery took part in a Basketball competition where he represented the state of Maharashtra in many inter-and-state-level competitions.

During his leisure time, Meezan loves playing football to keep himself energetic throughout the day. Apart from this, the actor also loves swimming as he is the best swimmer as well.