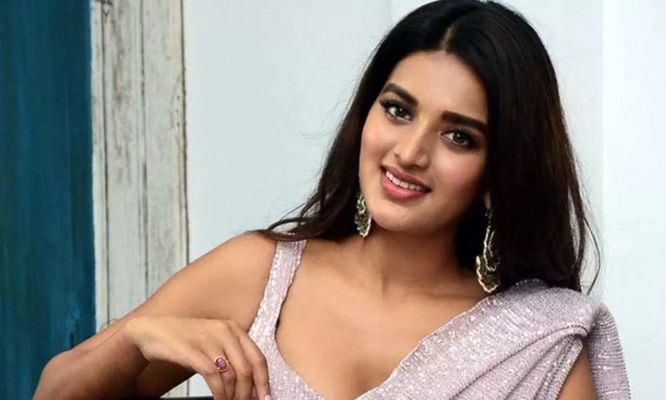 Nidhhi Agerwal a well-known Indian star who flaunts her incredible acting and dancing skills that make her set apart. She mostly appears in Tamil and Telugu films for which she got immense love and much recognition during her career life. In 2017, the actress made her acting debut through the film titled ‘Munna Michael’ which became an instant hit. Back in 2014, Agarwal was honored with the title of a Yamaha Fascino Miss Diva 2014 appeared as a finalist. There is no doubt that she has been enthralling the larger audience of India with her brilliant acting prowess and stunning looks that grab everyone’s attention. However, to know more about her, we have compiled some unknown things you probably did not know before. So, let us have a look!

Niddhi Agarwal has acted in many Tamil and Telugu films but became famous for playing the most appreciated role in the film named ‘Munna Michael’ which was released in the year 2017. During the short span, she got much appreciation for her work.

During her leisure time, the most talented star, Niddhi Agarwal loves painting, dancing, horse riding, and playing tennis. She believes such kind of activities has a deep impact on individual’s productivity and overall life.

Her most favorite stars whom she admires the most are Hollywood actor, Leonardo DiCaprio, Bollywood actors, Ranbir Kapoor, Shahrukh Khan, Deepika Padukone, and Alia Bhatt for their constant dedication to their profession.

People assumed that dancing is just a hobby for her but you will be amazed to know that she is a well-trained dancer as she learned various dance forms including Ballet, Hip Hop, and Belly Dance.

Niddhi Agarwal is a huge fan of the most celebrated actor, Tiger Shroff, after watching his movie ‘Baaghi’ in which he shared the screen space alongside Shraddha Kapoor.

Niddhi Agarwal is an avid social media user as she is active on all her social media accounts where she shares her life updates, photos, and entertaining videos with her fans and followers.

Being a fitness freak, Niddhi Agarwal always prefers workout on a daily basis as it helps to maintain her weight and also boosts her mental stability as well. This is amazing that how she manages all that in a balanced way.

Niddhi Agarwal has a deep love for acting and following her passion, she decided on her career choice in her teenage and after completing her formal studies, she then pursued it as a career and started appearing in movies.