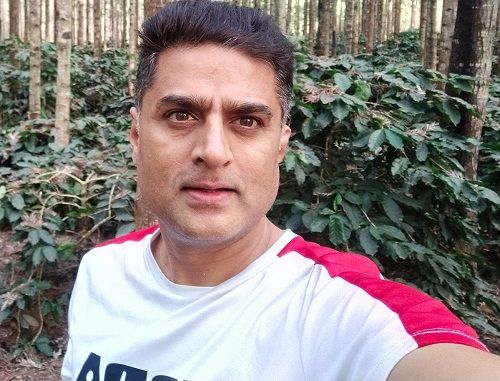 Prashanth Sambargi is a businessman from South India who is also a social activist, film producer, and distributor. In 2021, he appeared on the popular TV reality show “Bigg Boss Kannada 8,” which was hosted by well-known South Indian actor Kichha Sudeep.

He gained a lot of popularity among fans as a result of his appearance on that show. And his fans may be interested in learning some little-known facts about him, which we’ve compiled below.

He began his career as a direct selling agent in Bangalore in 2001. Without a doubt, he has worked extremely hard to achieve his current level of success. And it is clear that he is still on his way to success.

In 2014, he wrote a letter to his son’s school principal requesting that brown paper be banned from being used to cover books in the school because the plastic paper on the cover harms the environment in the long run. So we can conclude that he is an environmentalist.

In 2020, he revealed that the main convict in the drug case, South Indian actress Sanjjanaa Galrani, had converted to Islam and was concealing it from the public. [1]

He took part in the Colors Kannada TV reality show Bigg Boss Kannada 8 (2021), which was hosted by the well-known South Indian actor Sudeep. Netizens trolled him mercilessly for his mannerisms and inappropriate behaviour toward the female contestants in the Bigg Boss house. [2]

He appeared in the Kannada music video ‘Belesona Kannada’ in 2019, alongside CT Ravi and Kannada actors Komal Kumar, Jayram Karthik, and Dharma Keerthiraj. Aside from being a successful businessman, he has also pursued a minor acting career. [3]

We can tell from his Instagram profile that he enjoys travelling to different places. He has a lifelong passion for travel, as evidenced by a throwback photo of him.

He has a long list of accomplishments to his name. One of them is the Number One DAE (Dhirubhai Ambani Entrepreneurship) Program PAN India Award, which was presented by “Mukesh Ambani”, Chairman of Reliance Industries, in July 2003 at DAKC Bombay.