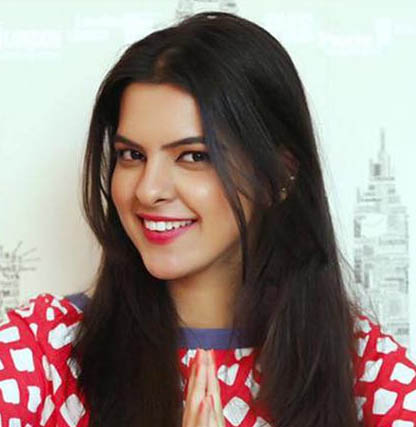 Vandana Nirankari, one of the most talented and most celebrated singers, hails from India. She originally comes from Kolhapur, Maharashtra, India. She is a Sindhi singer who took the start of her singing career at the age of 3. It was the time when she was accompanied by her grandfather for Sunday Satsangs. Her specialty is that she has the ability to combine new-age genres, such as; EDM, Pop, and Rock with classics Sindhi Music. And what’s more? She is loved by everyone as she has been entertaining the larger audience with her unique singing style. She has performed live on many platforms across the world. However, here we are going to share some lesser things you probably did not know about the young, talented singer. So, let us have a look!

At the age of 3, Vandana Nirankari started her singing career. She followed her passion to establish herself in the best-loved career that she always wanted to join. And fortunately, she got huge success.

The most celebrated singer, Nirankari worked with the TIPS music brand and dropped many singles, such as; Sik Mein which got much appreciation and positive reviews on most streaming channel YouTube channel.

Vandana Nirankari is known for her outstanding singing talent as she has the ability to sing in the Sindhi language. And that’s awesome to know that how much she is talented!

The most loved music icon, Vandana Nirankari is known for her versatility as she started singing at a young age and got much praise and recognition. Undoubtedly, her singles are well-appreciated.

She always credits her parents who supported her since the beginning of her singing career. Her father had a gifted voice who used to sit with her once a week and they would sing songs and bhajans together.

The sought-after singer, Vandana came up with the idea of releasing a spiritual music album, and then, she released a song named ‘Tere Ishq Nachaya’, and the song ‘Mera Wajood’ became an instant hit.

Here you will be amazed to know that she did not take any formal trainings for singing. Even she did not know about studio recording. After her first recording ‘Mera Wajood’, she then did not look back and continued working.

Vandana Nirankari practices Riyaaz, Hindustani music, classical raags, and paltaas/alankara, along with western singing styles for which she got much popularity in her singing career.