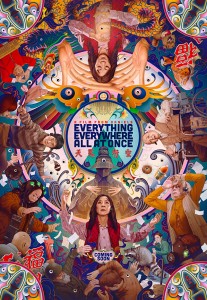 Everything Everywhere All at Once (2022)

An aging Chinese immigrant is swept up in an insane adventure, where she alone can save the world by exploring other universes connecting with the lives she could have led.

Everything Everywhere All at Once Official Trailer

Everything Everywhere All at Once Cast