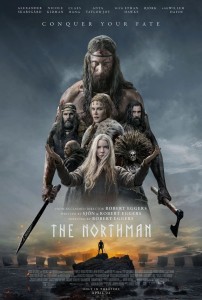 From visionary director Robert Eggers comes The Northman, an action-filled epic that follows a young Viking prince on his quest to avenge his father’s murder.

Anya Taylor-Joy playing as Olga of the Birch Forest