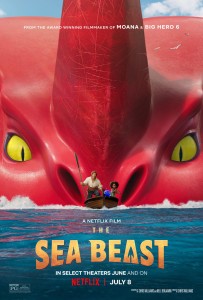 When a young girl stows away on the ship of a legendary sea monster hunter, they launch an epic journey into uncharted waters – and make history to boot.