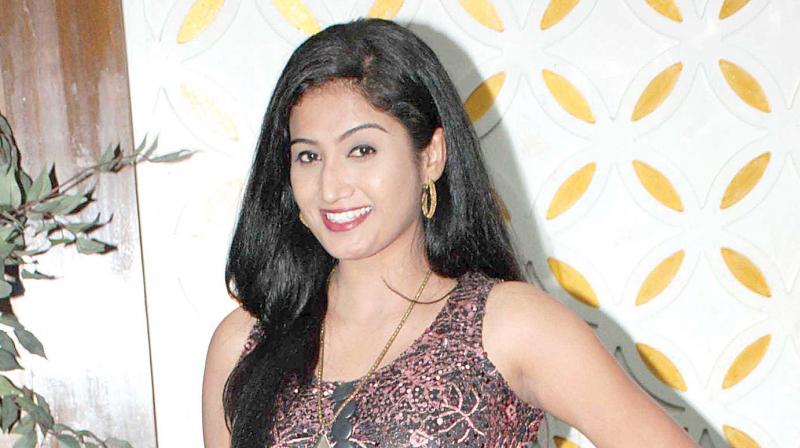 Apeksha Purohit is a film Actress, hailing from India and has worked in Kannada cinema. The young actress has marked her identity in various movies for which she got immense love and huge appreciation from fans and viewers. While her amazing, appealing look is enough to steal the hearts of many. Her fans also praised her for not just her good looks, but for an amazing acting prowess.

The young, talented actress has worked in many movies and exclusively worked in the Kannada film industry. In 2017, the emerging actress came into the spotlight after appearing in the debut movie named “Kaafi Thota” which was directed by the famed film director T.N. Seetharam. While it features Raghu Mukherjee, Radhika Chetan, Veena Sunder, and other notable stars were included who played their roles effectively. In 2018, she appeared in another movie named “Kinare” which was directed by Devaraj Poojary. Her former movie was a thriller and the latter is love story of two people. The film features Sihi Kahi Chandru, Charitha, Chiranjeevi, Dattanna, Kushi, and others who played significant roles. In 2020, she also made an appearance in the movie “Sagutha Doora Doora” which became another best movie of the year. Apart from acting, she is blessed with great dancing skills and she is a trained dancer. Moreover, Purohit has an interest in fashion designing as well.

Apeksha Purohit has acted in few movies as she is an aspiring actress but soon she will get a lot of success as she has gained much acclaim for her amazing performances in the movies.