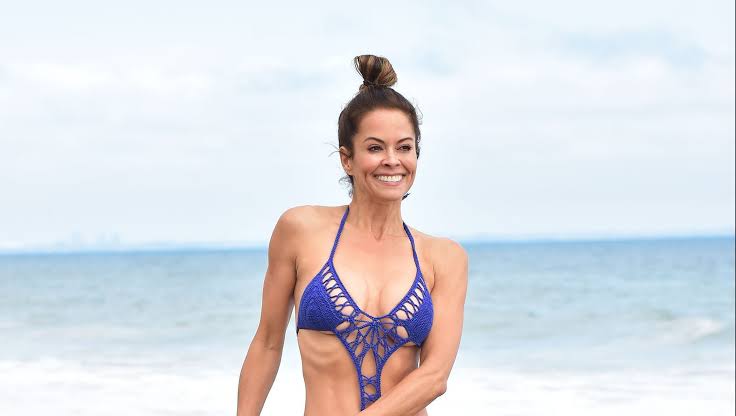 In 1995, Brooke Elizabeth started off her acting career through the Spanish-American teen sitcom ‘Out of the Blue’ wherein she played the role of Peg as a supporting actress. It was started in 1995 and ended in 1996. In the TV series, she performed dedicatedly and appeared in its all episodes.

Later, Burns made an appearance on the action-drama series named ‘Baywatch’. in 1998. Then, she was seen in ‘Baywatch’s second rendition titled ‘Baywatch: Hawaii’until she left the show because of her first pregnancy. She appeared in 33 episodes.

Her role in the 2001 film Shallow Hal was written specifically for Burns after the Farrelly brothers identified her as the “prettiest dorky girl” during her audition.

In 2008, she co-starred in a Hallmark Channel Christmas movie, The Most Wonderful Time of the Year, with Henry Winkler.

There are also Smokejumpers, Dancing Trees, Trophy Wife, Art of Travel, and Time and Again. Burns appears in Nickelback’s video for “Trying Not to Love You” alongside Jason Alexander. They both appeared in Shallow Hal.

During her showbiz career, Brooke Elizabeth Burns made innumerable appearances in a diverse range of movies, Television series, and shows for which she got much praise.