Cagrı Sensoy is an acclaimed Turkish actor, was born on 17th April 1986 in Istanbul, Turkey. He completed his education at Pera Fine Arts High School where he studied theater between 2000-2004.

The actor, Cagin Sensoy is known for portraying the role of Deli Huseyin Pasha in Muhtesem Yuzyil: Kosem’. In the series, his performance was truly appreciated.

In 2019, Sensoy made an appearance in the Turkish historical series named ‘Kurulus:Osman’ in which he appeared as Cerkutay.

Among other acting credits, ‘Savasci’ is also associated with his career. In the series, Sensoy portrayed the role of Kursat Teqmen.

Between 2002 and 2012, the actor made an appearance in many theatre plays and also is known for appearing in many hit television series including ‘Deli Huseyin Pasa’, and meant others are notable.

During his career life, the actor, Sensoy is known for his incredibly amazing performances. The winsome has achieved a lot of fame and recognition in his career life. 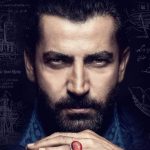