James Alexander Chase Stokes, an American actor who is known for playing the role of John B in the hit Netflix teen drama series titled ‘Outer Banks’.

The actor was born on 16th September 1992 in Annapolis, Maryland. He is the only child of his parents, Jeff Stokes (father) and Jennifer Canning (mother). His parents got divorced when he was several months old. Later, he along with his mother moved to Atlanta, Georgia, and then to, Florida from where he completed his studies (bachelors).

Strokes began his acting career with small roles on television. He gave fantabulous performances at the beginning of his career. His well-appreciated acting projects include Stranger Things, (2016), Daytime Divas,(2017), and Tell Me Your Secrets, (2021).

In 2014, the actor debuted with ‘Lost Island’ which was a short film. In the film, he portrayed the role of Captain Charles Whitaker.

In 2015, Strokes appeared in ‘Base’ in which he played the role of Ethan Terri. He appeared in its first episode and gave a winning performance.

In 2018, the actor made an appearance in ‘Between Waves’  in which he portrayed the role of Young Dale.

In September 2020, Stokes and Madelyn Cline made an appearance in the music video for Kygo and Donna Summer’s single “Hot Stuff”.

There is no doubt that Chase Strokes is regarded as one of the most acclaimed actors and his performances are well-appreciated by the larger audience. He has been winning the hearts of many with his excellent acting chops. 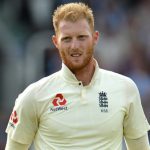