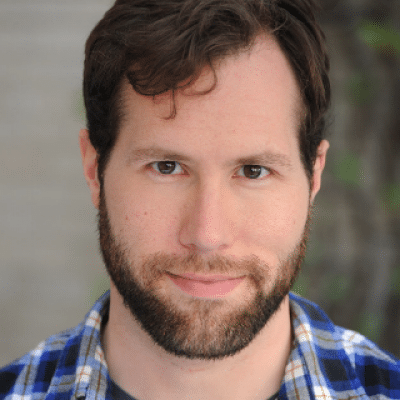 David Ebert (born May 13, 1987) in Springville, New York, the United States of America. He is an American actor, writer, and well-known comedian and also makes television films and commercials.

David decided to stay in New York to develop his profession in comedy. He received a Bachelor of Fine Arts in 2009 from SUNY Fredonia before he started acting. David was a writer on Not Exactly News.

According to the date of birth of David, his zodiac is Taurus and loves reading books and directing.

You can find him on Maude night at Upright Citizens Brigade (UCB). He has performed as an improv artist at UCB with the sketch team One Idiot. Ebert has a very serious professional goal of rapping with the Roots on Jimmy Fallon someday.

Ebert has worked on and off-screen for networks and agencies. He has worked hard to play different roles including writer, performer, director, producer, creative director, art director, illustrator, and animator. Also, he likes freestyle rapping and beatboxing.

The celebrity himself created, wrote, produced his most recent series Ghost Story Club and starred in TruTV’s Late Night Snack.

David is best known for Mom’s Day Off (2020), Can You Keep a Secret? (2019) and Ghost Story Club (2018). He was starred in an episode of the Netflix original series Master of None, created by and starring Aziz Ansari.

According to our records, David Ebert is possibly single & has not been previously engaged. He is not dating anyone.

We have no records of David Ebert’s personal life, past and present relationships. It seems like David maintains a private life and doesn’t like to share anything personal.

Known For: Famous for starring in The Iliza Shlesinger Sketch Show tv show