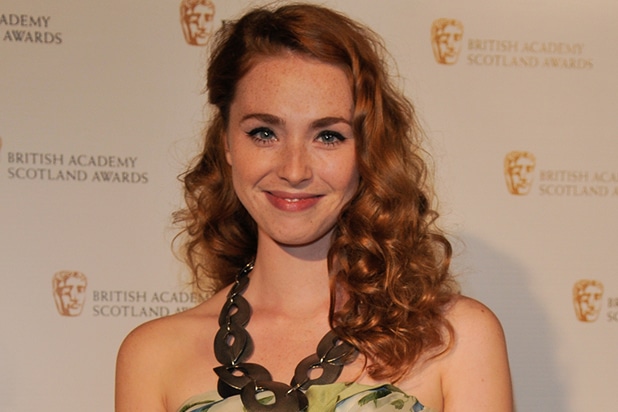 Freya Mavor is a Scottish actress and model. She was born on 13th August 1993 in Glasgow, grew up in Inverleith, Edinburgh. She was born to James Mavor, a playwright. She is the granddaughter of Ronald Bingo Mavor, who was ‘The Scotsman’s theatre critic in the 1960s. Her grandfather James Bridie. Freya Mavor is better known for portraying in the E4 teen drama ‘Skins’.

The young, talented actress, Freya Mavor made her extensive career by working in feature films, short films, web series, TV series, and stage plays. She got much praise and recognition in her career life.

In 2011, she made her debut in the 5th and 6th series of E4 drama named ‘Skins’. In the series, she portrayed the role of Mini McGuinness. Undoubtedly, her performance was undeniable and she was nominated for Best Actress at the TV Choice Awards in 2012.

In 2011, the gorgeous girl, Mavor became the face of Pringle of Scotland for its summer/spring campaign. She was also honored with the title of Fashion Icon of the Year Award at the 2011 Scottish Fashion Awards.

In 2013, she also made an appearance in the rom-com ‘Not Another Happy Ending’ in which she portrayed the role of Nicola Ball. It was initially screened at the EIFF Closing Night in 2013.

However, she made her broad career and worked on a variety of acting projects. She is known for her brilliant performances and good looks which led her to get modeling assignments.

Freya Mavor has won many awards and honors. She has won the title of Fashion Icon of the Year Award at the 2011 Scottish Fashion Awards, and many others that are on the list.