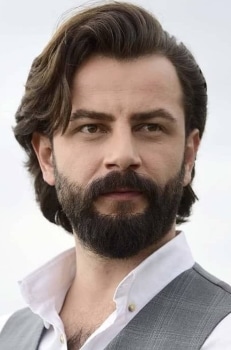 Gökberk is currently living in Istanbul, Turkey. When he lost his younger brother Berkay Demirci, his mother also passed away.

He was born to be an actor by his killing looks and rich voice. started his acting career with a small role in the TV series, Bir Zamanlar Osmanlı: Kıyam (2012), is playing the lead actor in the TV series Yemin as Emir produced by Kanal 7. Gökberk works for Sema Bekmez management now.

Gökberk was cast in a lot of Turkish films and series. He was cast in the movie including Demir Atli Gringo (2015), Yildizlar da Kayar (2016). He also played the lead role of Sultan Alparslan in Malazgirt 1071 Anadolu’nun Anahtari (2017).

In one of his posts with Özge Yağız on Instagram, he wished Özge “a healthy, happy, and peaceful day”. However, he denied having a girlfriend in an interview.

Beautiful photos of Gökberk with animals on the internet prove that he is comfortable with any animal. He loves any animal but truly, he is a dog lover. He said that on his Instagram that he loves tea rather than having coffee.

Gökberk Demirci loves antiques, that is why his grandfather has a huge antique collection that inspires him. He considers his voice is not good for singing yet good enough for poetry. Gökberk doesn’t know anything about cooking other than basics. He always wanted to be an athlete in the future if he were not an actor and he loves sports and workouts.

He played the loving character of Emir in the series Yemin said goodbye to his partner Özge Yağız with a photo posted on his Instagram account, recently.

Soon later both the Turkish stars Gökberk Demirci and Ozge Yagiz posted the same photograph together on Instagram. Looks like they are now officially together.

Known For: Famous for starring in Back Streets movie