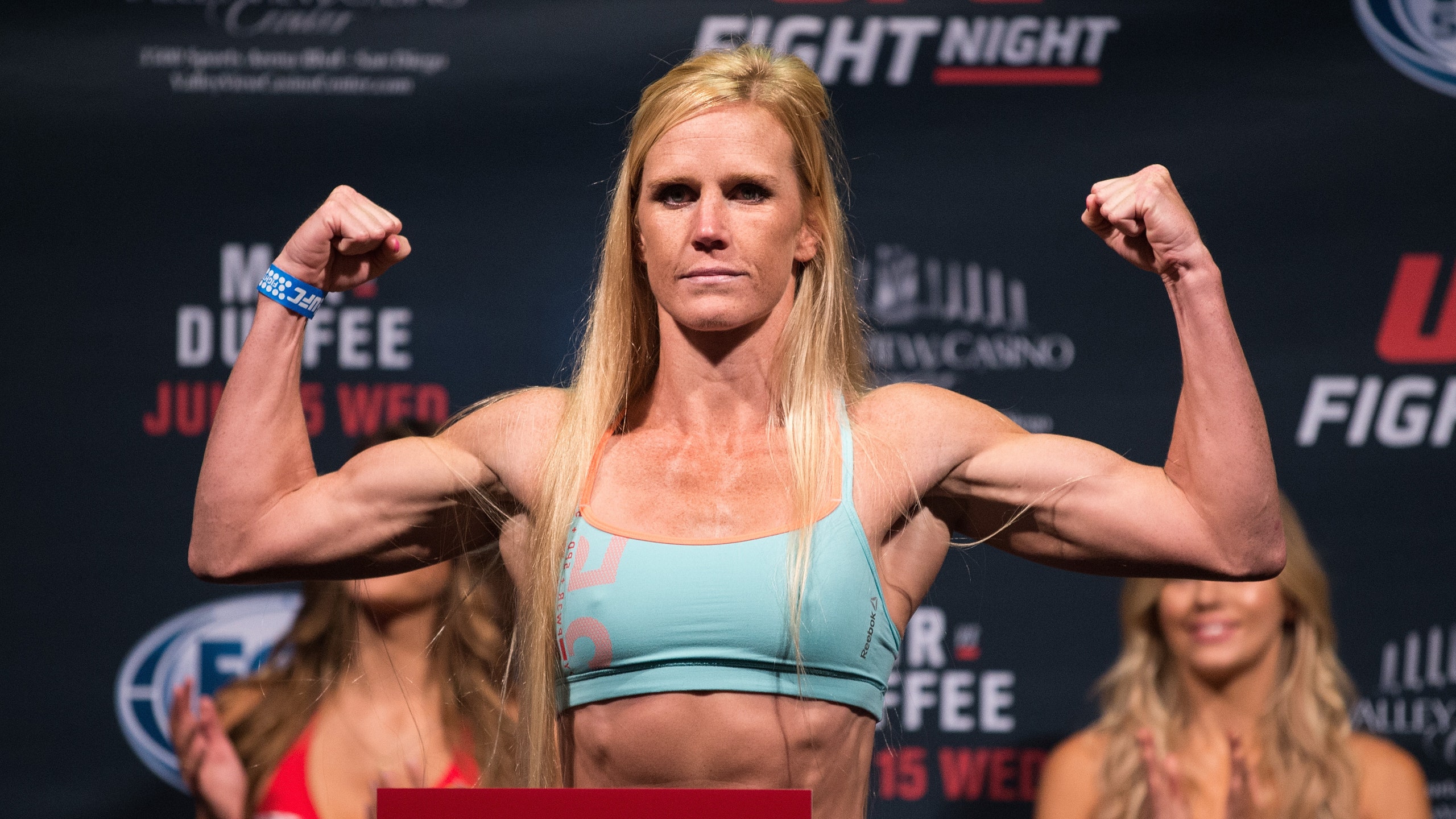 Known For who competes in the Ultimate Fighting Championship

She was repeatedly world boxing champion, defending her titles 18 times in three weight classes, and twice Ring magazine fighter of the year (2005, 2006).

Holly Holm’s made her career as a well-trained, professional Martial Artist. She is known for being a most notable win in mixed martial arts held at UFC 193 on 15th November 2015. She gave a record-breaking performance for a UFC event in front of more than 56K people in Melbourne.

For her performance, she won the title of Bantamweight and gave Ronda Rousey her first loss in the sport. This was the biggest fight of the sports industry.

However, the martial artist has been doing a great job since the beginning of her career and the best is, she has been an all-time favorite of all.

During her mixed martial arts career, the sports star has gained much popularity. Holly Holm has won numerous titles and awards for her performances.

Known For: who competes in the Ultimate Fighting Championship