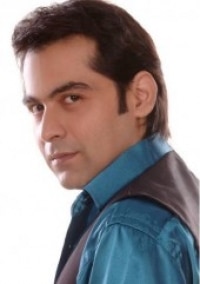 There is a number of  TV on-screen characters in Pakistan who have risen to great fame in recent years because of their talent like the increasing ratio of Pakistani drama production. This is the reason that every single serial shows us the incredible performances of those charismatic actors.

However, Irfan Motiwala is among them who is not only gifted yet talented actor who has shown his exceptional performance in several Television serials, such as;  ‘Aros Paros’ (ARY Digital), ‘Pakistan Quarters’ (ATV), ‘Ijazat’ (ARY Digital) and ‘Baitiyan’ (Hum TV). Besides, he has been worked in a sitcom called ‘Jeena Tou Yehi Hai’ (ARY Digital) in which he stars opposite Rauf Lala.

He has made his debut film (Aas) which was aired on Hum TV, and other popular plays, such as; ‘Woh’ Khuda Hai’ and ‘Berri’, both broadcasting on ARY Digital.