Jake Paul is a popular American social media personality and professional boxer. He initially rose to fame on Vine. He is best known for playing the role of Dirk Mann on the Disney Channel series Bizaardvark (2016) for two seasons.

Throughout his career, Paul has become the subject of many controversies because of his behavior. He got involved in risky stunts, sexually suggestive behavior, featuring age-inappropriate material for YouTube. After that, he got fired from Bizaardvark.

Jake Paul’s boxing career began in August 2018 when he knocked out British YouTuber Deji Olatunji in an amateur contest via TKO in the fifth round. Turning professional, Paul hit the YouTuber AnEsonGib in January 2020, via TKO in the first round.

Jake Paul grew up in Westlake, Ohio, with his older brother Logan. He began his career in September 2013, posting videos on the social networking platform in Vine. By the time Twitter Inc. discontinued Vine, Paul had garnered 5.3 million followers and 2 billion views on the app.

In 2017, he won the Radio Disney Music Awards and Teen Choice Awards. He later earned the ESPN Ringside Awards for Knockout of the Year for his KO of Tyron Woodley. 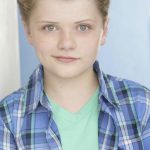