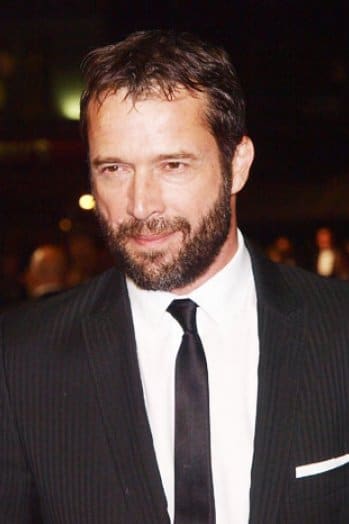 James Brian Mark Purefoy is an English actor. He is known for his role as Mark Antony on the HBO series named ‘Rome’. He is noted for his work in the series named ‘The Following, Solomon Kane in the film of the same name, and Hap Collins in the Sundance series named ‘Hap and Leonard’. In 2018, the actor appeared as Laurence Bancroft in ‘Altered Carbon’, a Netflix original series.

The actor, James Purefoy made an appearance in ‘Romeo and Juliet’ in ‘Leatherhead’. Among many others, he is known for appearing in ‘Equus’.

In 2014, the actor starred in the film named ‘High-Rise’ with Tom Hiddleston and Jeremy Irons. In the same year, Purefoy acted in the ‘Formula-1’ themed music video for David Guetta’s song titled ‘Dangerous’.

The actor James Purefoy made an appearance in the 2019 West and Middle Chinnock Christmas Show, as well as singing several sea shanties from Fisherman’s Friends.

The actor James Brian Mark appeared in ‘Photo Finish’ in which he appeared as James. For his performance, he has won the Jury Award for Best Actor.