Jemaine Atea Mahana Clement is a Newzealand actor. He is also famous for being a multi-talented person as he is a comedian and musician.

He is the Grammy Award winner, won for the duo Flight of the Conchords. He has released several music albums and also directed comedy series for both the BBC and HBO. For the comedy series, Jemaine received six Primetime Emmy Nominations.

In 2014, he made his directorial debut with the film What We Do in the Shadows, for which he also co-wrote, co-directed, and co-starred. He later adapted the film into a show for FX Television with the same name.

However, Clement has established his broad career as an actor and singer. He has worked in many films, television series, and also worked on music projects.

Jemaine Atea Mahana Clement has won a string of awards, nominations, and honors in his multiple professions. He is the winner of the Grammy Award, Primetime Award, and many more. 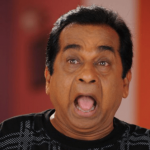