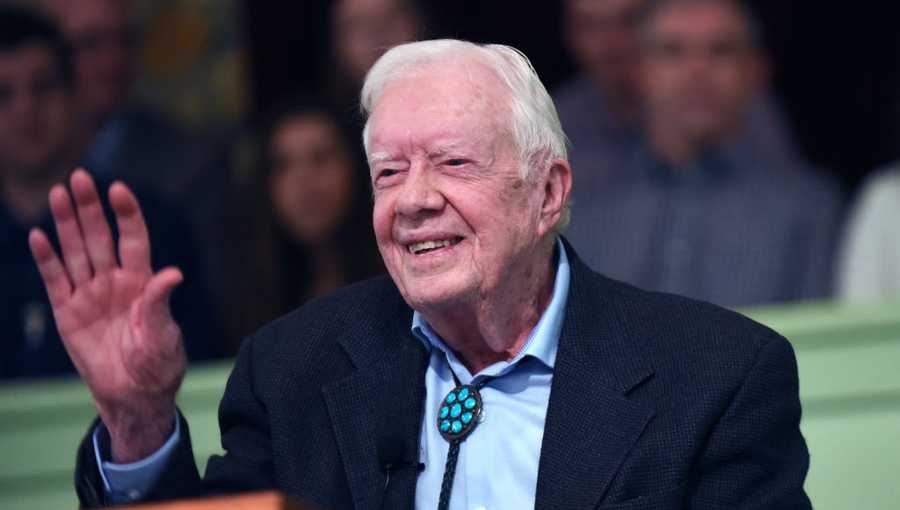 James Earl Carter Jr. is an American former politician who served as the 39th president of the USA from 1977 to 1981. Also, he served as a member of the Democratic Party and previously served as the 76th governor of Georgia from 1971 to 1975 and as a Georgia state senator from 1963 to 1967. He is the recipient of the Nobel Peace Prize in 2002 for his humanitarian work.

In 1948, Carter started officer training for submarine duty and served aboard the USS Pomfret. In 1949, he was promoted to lieutenant junior grade.

He was attached to the diesel/electric USS K-1 (a.k.a. USS Barracuda) in 1951, qualified for command, and served in several positions including Executive Officer.

Jimmy Carter started working with the Navy’s nuclear submarine program, led at that time by Captain Hyman G. Rickover, in 1952.

When it comes to his real inspiration, he was inspired by his parents and then Rickover who had the greatest influence on his life.

He was assigned to the Nuclear Reactors Branch of the Atomic Energy Commission in Washington, D.C., on a three-month temporary project.

From 1963 to 1967, Jimmy Carter served as a Georgia state senator. However, he established his broad career in the field of politics and gained much recognition in his life.

Jimmy Carter is known for his humanitarian work and got acclaimed in his life.

In 2002, Jimmy Carter was honored with the Nobel Peace Prize for his humanitarian work. And that’s what he calls a big win.

Known For: 39th President of the United States