Jodi Long is an American actress. She was born on 6th January 1954 in Manhattan, grew up in New York City, USA. Her real name is Jodi Leung. She became famous for playing the role of Madama on ‘Cafe Americain’ a series that started in 1993 and ended in 1994.

She is the daughter of Kimiye Trudy Long, (mother), a Japanese-American who worked as a clerk at the American Bible Society and a dancer at The China Doll nightclub. While her father, Lawrence K.Long is an emigrant from Australia and moved to the USA, he made his career as a tap dancer and later became a PGA Golf Profesional.

Jodi Long has worked in films, like; Patty Hearst’, ‘The Hot Chick’, ‘Striking Distance’, and many others that are worth watching. Also, she made several appearances on TV and is known for giving the best performances in TV series, such as; ‘Cafe Americain’, ‘All American Girl’, ‘Miss Match’.

Among other notable roles, she appeared as a bar owner in ‘Sullivan and San’. Jodi Long also made an appearance in the music video titled ‘Bizarre Love Triangle’ by the English rock band titled ‘New Order’ in 1986.

There are many performances, films, and TV series are credited with her showbiz career. And she got acclaimed.

Throughout her career life, the actress has recieved positive responses from the critics, fans, admirers, and friends for her incredibly amazing work and performances. 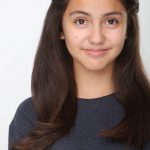