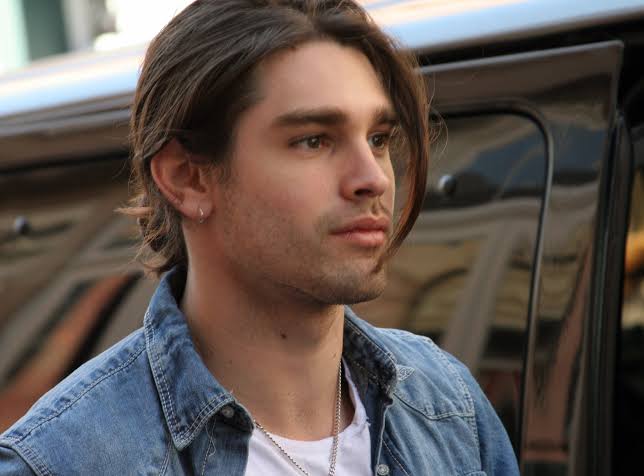 Justin Michael Gaston, popularly known as Justin Gaston is an American actor. He was born on 12th August 1988 in Pineville, Louisiana. He studied at Pineville High School. He also took part in track and field competitions, finished 6th in the pole vault at the 2005 Louisiana High School Athletic Association 4A State Championship meet. The actor achieved a height of 12′ 6″ in the competition.

In 2012, Gaston was married to Melissa Ordway. In 2016, the actor and his lovelady adopted their first baby girl named Olivia. In 2017, the couple welcomed their second child, a daughter named Sophie who was born on 9th December.

Justin Gaston built his career in multiple fields, such as; acting, modeling, and singing. He is a notable songwriter, singer, model, and well-trained actor. He appeared as a contestant on ‘Nashville Star’ in season 6. He completed 10th overall out of 12th contestants.

In 2013, Justin Gaston was also featured on the magazine cover of ‘Tetu’. In 2014, he also played the role of Ben Rogers on ‘Days of Our Lives’ for less than four months.

In 2020, Justin Gaston had been temporarily featured in the role of Chance Chancellor on ‘The Young and the Restless.

Well, the actor started his career in the year 2008. He then didn’t look back and continued acting as a career. He has given many hit performances and his fans can’t stop praising his work. From 2008 till the present, Justin Gaston has worked on a variety of acting projects.

Justin Gaston has been ruling over millions of hearts with his incredibly amazing performances. And this led him to earn various awards and honors in his career life.

Known For: Ben Rogers on Days of Our Lives for less than four months in 2014