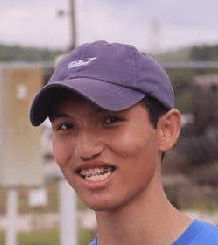 Kai Berkner is a popular TikToker who has created content on the app for over three years.

Kai started out making funny comedy skits and relatable skits utilizing words in popular sounds to make the videos relatable. He blew up on two videos early on, one where he said “when you spam random letters to give them the typing notification on Snapchat” and another where a friend typed out a long paragraph message and Kai “mistakenly” swiped out of the message on Snapchat causing the message to delete.

Before fame, Kai created youtube videos for a few months but eventually taking a break and pursuing music. He released several songs on popular streaming platforms including Spotify, iTunes, and Deezer. He did the music for 2-3 years before turning his focus to TikTok.

Kai gathered thousands of plays through the short time he created music and he still has songs live today under the stage name “Kai Berkner”. Kai is closely associated and good friends with TikTok star Moris Goldstein, Ava Majury, Ari Vera, and more.