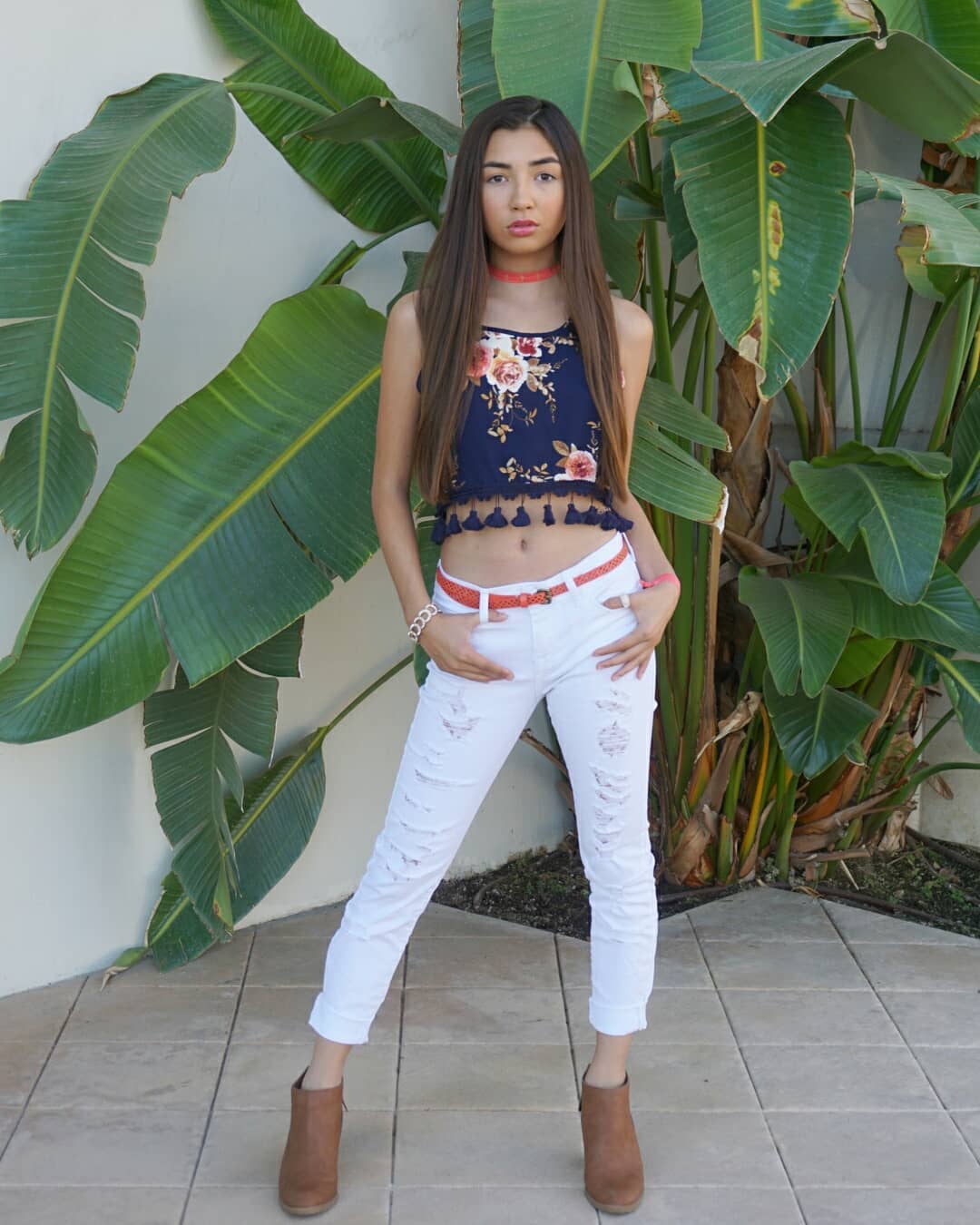 The impressively talented rising star Kelsey Leon was born on 26 April 2003 in San Diego, California of the United States. Currently, she lives in Los Angeles, California in the United States. Kelsey is a popular actress, model, and a well-known dancer. Her zodiac sign is Taurus. Her birth name was Kelsey Lynn Cook. This little age girl is blessed with great looks and so much talent. Kelsey keeps her personal life away from media as she hasn’t shared anything about her family, she is unmarried till now and she is possibly single as she hasn’t shared anything about her relationships. She is making a great place in the industry day by day. Her cute face and gorgeous looks are making her more popular in the industry. Her body is banana-shaped and her eyes and hairs are dark browns.

Kelsey loves to go to beaches and she loves to travel the world. On holidays, she loves to spend her time on Venice Beach and LEGOLAND California Resort. Kelsey is best known for her appearance in a tv series Chicken Girls. Kelsey’s favorite actors and actresses are Tom Holland, Nick Robinson, Ty Simpkins, Zendaya, Debby Ryan, Dove Cameron. She also likes to eat Vanilla Frap with two pumps of peppermint & chocolate chips and Pizza. Her favorite tv shows are Sharp Objects, Orange Is the New Black, and Insatiable.

Great American actress Kelsey Leon started her at very little age. In 2017, she entered the television industry, Kelsey first appeared in an American comedy tv series of Michael Feldman “Nicky, Ricky, Dicky & Dawn” which was aired on Nickelodeon. She also performed for a short music Nicky Jam: El Amante. Kelsey also appeared as a dancer in tv series Fuller House. Later, Kelsey was offered to play a side role in a tv series Chicken Girl in which she played the role of Kimmie. In summer 2018, she appeared in a movie Chicken Girls: The Movie which was directed by K. Asher Kevin. Kelsey was cast for a television series Just Add Magic (as Jessica) which is based on a novel on magical cooking. Later, she was shown in Holiday Spectacular as Kimmie, directed by Shannon Flynn. In 2019, she appeared in a short video of Sissy Sheridan: Most Girls. She also appeared in a tv series documentary “Teens Wanna Know”.

Kelsey Leon, a graceful actress, and a very talented dancer has achieved a huge amount of fame and got a great place in the industry. After her appearance in Chicken Girls, Kelsey got so much popularity and she became very well-known in the industry. She has also earned a great net worth of US$ 100-120 Thousand by working hard in the television industry.