A successful American actress and writer, Kirsten Simone Vangsness is always in the news. She is better known for appearing as the FBI Technical Analyst Penelope Garcia on the CBS drama series named ‘Criminal Minds’.

Kirsten made her career in two fields, like; acting and writing. She started off her career as a child star to help overcome shyness. She got her first role in the theatre where she was honored with several awards including the ’15 Minutes of Female Best Actress Award.

Kirsten Vangsness is also a great writer and has been published in the Los Angeles Times. Since 2014, she has co-written four episodes of ‘Criminal Minds’. In 2014, she wrote the ‘Nelson’s Show’ ‘Sparrow’. with executive producer, Erica Messer.

In 2015, she also co-wrote ‘A Beautiful Disaster’ once again with Erica Messer. In 2016, she co-wrote ‘Spencer’ with the same partner.

Among many awards, she won the Los Angeles Drama Critics Award for Best Emerging Comic Actress, and the Golden Betty Award. 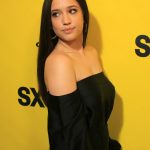 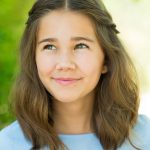