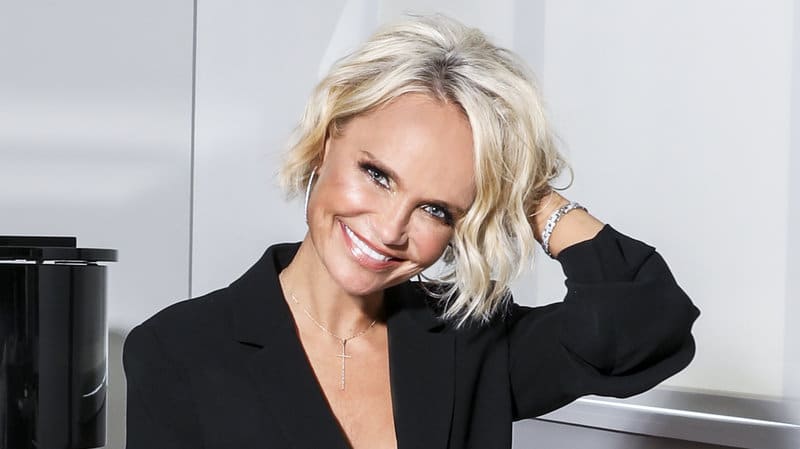 Kristin Dawn Chenoweth (born on July 24, 1968) in Broken Arrow, Oklahoma, U.S. She is an American actress and singer.

She performed as Sally Brown in You’re a Good Man, Charlie Brown (1967) on Broadway in 1999, for which she won a Tony Award for Best Featured Actress for her performance. In 2003, Chenoweth received nominations for a second Tony Award for originating the role in the musical Wicked (2003). Her television role Annabeth Schott in NBC’s The West Wing (1999-2006, TV series). Also, she has appeared in the and Olive Snook on the ABC comedy-drama Pushing Daisies (2007-2009, TV series). In 2009, she won a Primetime Emmy Award for Outstanding Supporting Actress in a Comedy Series for her performance as Olive Snook. She also starred Lavinia in Trial & Error (2018, TV series) and Mildred Layton in the musical comedy Schmigadoon! (2021, TV series). As a child, she sang gospel music in Oklahoma. She studied opera before deciding to seek a career in musical theatre. She made her Broadway debut in Steel Pier in 1997 and won a Theatre World Award. Her other Broadway characters, including The Apple Tree in 2006, Promises, Promises in 2010, and On the Twentieth Century in 2015. She received nominations for another Tony Award for her roles in Broadway. She graduated from Broken Arrow Senior High School, where she took part in school plays. After graduation, she attended Oklahoma City University, where she was a member of Gamma Phi Beta (Beta Omicron) sorority. In 1990, she earned a bachelor’s degree in musical theatre. She also earned a master’s degree in opera performance in 1992.