Madeline Carroll is an American actress, born on 18th March 1996, grew up in Los Angeles. She is mainly known for appearing as Julie Baker in ‘Flipped’. Her next role was Molly Johnson which she played in ‘Swing Vote’. She did many roles and gave brilliant performances.

Among others, she is notable for performing in ‘The Spy Next Door’ as Farren, and as Willow O’Neil in ‘The Magic Of Belle Isle’.

Madeline Carroll’s mother is a homemaker and her father is served as a contractor. She has three brothers named Ned, Jack, and Dylan. She found her family extremely supportive throughout her career. At the age of 3, she started modeling as a career.

At the age of 4, she was approached by her theatrical agent ‘Wendy’ in a nail shop in Sherman Oaks. She then started her career professionally and made appearances in commercials for renowned companies, like; Allstate, Chef Boyardee, Subway, Super 8 Motels, and many others.

Madeline Carroll started her acting career through a debut horror film named’ When a Stranger Calls’. After playing minor roles, she appeared in ‘Santa Clause 3:The Escape Clause’, and many more that are worth sharing to watch. It was released in the year 2006.

She has worked with many Hollywood biggies, and she got a chance to work with ‘Kevin Costner’ in Swing Vote’in the year 2008.

However, she is the luckiest woman who made her extensive career by working on many films and TV projects. And for her performances, she received huge acclaim.

Among many notable rewards, Madeline Carroll won the Golden Angel for ‘Excellent Young Performance Artists of USA’ at the 15th Chinese American Film Festival in Los Angeles in 2019. 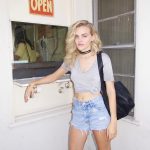 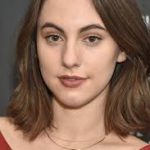