Meredith Anne Bishop was born on 15th January 1976 in Los Angeles, USA. She grew up in Woodland Hills, California, and attended William Howard Taft High School. She developed a passion for acting and dancing, following her passion, she became a well-trained actress and a professional Jazz and a classical ballerina dancer.

She is mainly known for appearing in Nickelodeon’s The Secret World of Alex Mack’ in which she portrayed the role of Annie Mack. The show was started in 1994 and ended in 1998.

The gorgeous actress, Bishop starred in many theatre plays, television series, and films. Apart from acting and dancing, she tried her luck on the production line. She has produced and acted in the film named ‘Klepto’ which was released in 2003.

She is also known for co-producing and co-starring in the most popular comedy web series titled ‘Grip and Electric’ for which she won the Indie Series Award nomination for the category of Best Actress in a Comedy. In the series, she acted alongside Henry Thomas, Lin Shaye, Janet Varney, and many others.

However, the actress has made her career broad by working in films, web series, TV series, theatre plays, and also appeared in commercials, like; Kitkat, Jack O Lantern, Bud Light, and many others.

Additionally, she also starred in reality TV shows, like; ‘Tiny House’, and many others.

Meredith Anne Bishop is a recipient of many awards, honors, and nominations. She won the Los Angeles Drama Critics Circle Award for Best Lead Performance in ‘Eleemonsynary’ directed by Lee Blessing.

Known For: The Secret World of Alex Mack 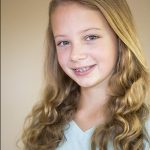