Momina Iqbal (born 23 November 1992) in Karachi Pakistan. She’s a Pakistani actress and model. She is well-known for her leading roles in several Pakistani drama serials including Ehd-e-Wafa. In 2019, She made her first appearance in the film Daal Chawal.

Like we know that Momina received huge fame through Ehd-e-Wafa and right now she is doing a role in yet another famous drama Khuda Aur Muhabbat 3. In a very little time, Momina has gained very much popularity with her killer looks and gorgeous personality.

In conversation with Hassan Choudary from the YouTube channel Something Haute, Momina Iqbal talks about her modeling and acting career in the last four years with several media projects.

She also shares the struggles in the drama and film industry. After all, she is an outsider. A complete newcomer, and the basic challenges that newcomers face in the drama industry. How newcomers are sometimes treated unfairly by their seniors on set.

“Some senior actors don’t even respond to Salam,” Momina said in the interview. “We were new and had no confidence it was difficult for me”.

Momina decided to start with modeling and she was happily making a great job as a model. At first, she wasn’t sure she could perform, however, Nadia Afgan convinced her to try.

Momina admires Nadia Afgan for supporting and inspiring her. “She asked me for my time and said I’ll make sure you do this,” she shared showing how she signed her debut drama, Parlour Wali Larki.

“Nadia Apa led me so well and taught me so much about acting that I still carry her instructions and guidelines with me to date.”

“I’ve learned so much from Nadia Apa that finally, I started growing interested in acting and the confidence to continue it,” Momina said stating that she’s her teacher.

Instagram followers play a huge part in helping you land big projects and fame, she explained. She has gotten work following her first project. However, acceptance in the industry is not easy for newcomers. 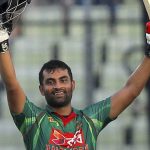 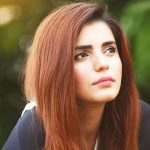 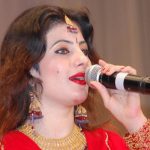