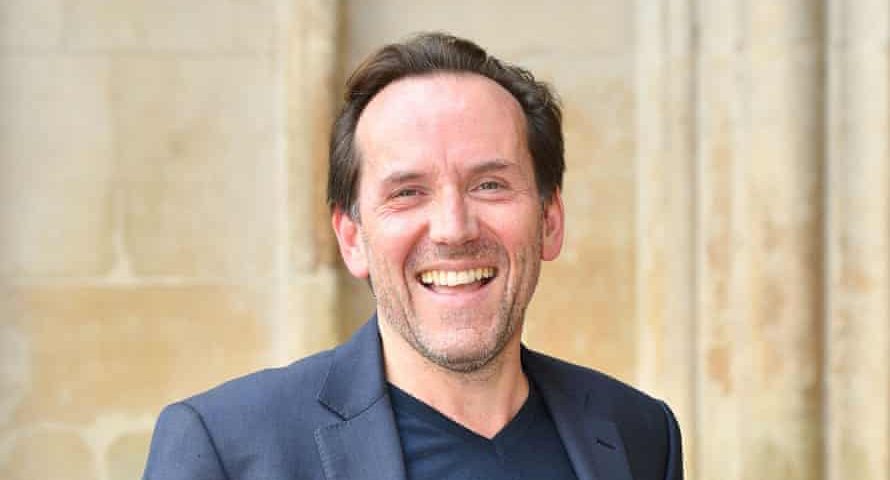 Ben Miller goes from comedian to serial actor to children’s author continues in space. He is best known for being one half of the comedy duo “Armstrong and Miller” and for starring in “Death in Paradise”. Also, he had given his outclass performance recently in the Netflix series “Bridgerton”.

But there’s a lot you don’t know about Ben, so keep reading to learn some interesting facts about the British actor.

Ben Miller studied quantum physics before becoming an actor and was even halfway through a Ph.D. in the field. He met Alexander Armstrong at university and decided to forego his Ph.D. in order to pursue his passion for drama. ((Physics World))

2. Performed in Pubs And Clubs

Ben Miller and “Alexander Armstrong” got their start in underground pubs and comedy clubs before making it big on TV. In 1994, they performed at the “Edinburgh Fringe Festival”.

Ben Miller co-starred in a series of PG Tips commercials with comedian Johnny Vegas, which featured Vegas conversing with a toy monkey (voiced by Miller).

Ben has written a number of highly successful children’s books in addition to acting. He is the author of” The Day I Fell Into a Fairytale”, “The Boy Who Made the World Disappear”, and “The Night I.Met Father Christmas”, among other works.((DailyMail))

6. Not a Social Media Fan

Ben admitted that he isn’t a big fan of social media. He stated, ” “It is a complete waste of time. I was an early adopter of everything from Myspace to Twitter, and I believe they are all fads, similar to CB radio.”

Ben is a nickname for “Benjamin,” but his real name is Bennet Evan Miller. Ben Miller is his professional name, and it always appears on credits, bylines, and anything else he’s involved in.

The actor has a long list of prestigious awards to his name. At the 1990 National Student Drama Festival, Miller received a “Judges’ Commendation” for his portrayal of “Hamlet”. With “Tim Wright” and “Adam Gee”, he co-wrote “MindGym”, which won the first “BAFTA Interactive Entertainment Award” for comedy in 1998. For The Armstrong and Miller Show, he and Armstrong received a “BCA Award”. They were also nominated for a “BAFTA” in 2010 for “The Armstrong and Miller Show”.((Wikipedia))