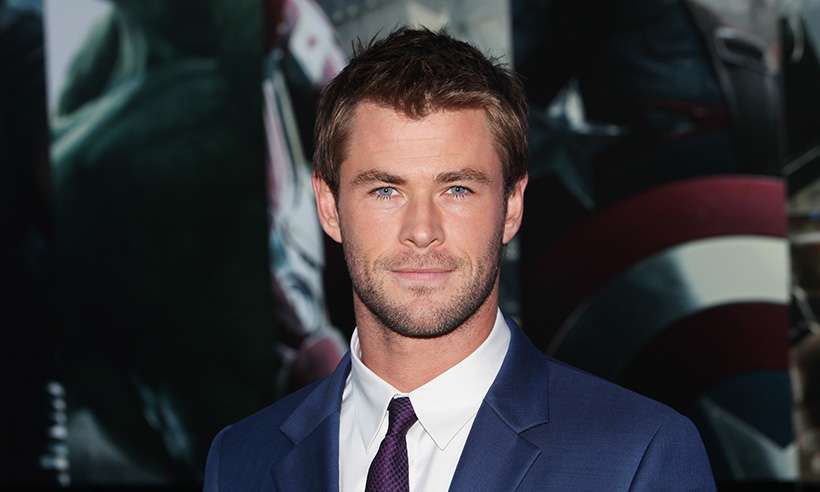 Chris Hemsworth, known as one of the sexiest men alive, has a global fanbase, not just in his birth country of Australia, but all over the world. He is known for his on-screen personas and his ability to play dynamic roles in his acting career.

Thor, his Marvel persona, is adored by people worldwide and is undoubtedly one of the most popular and well-liked superheroes. So, if you’re a big Chris Hemsworth fan, read on to learn about some lesser-known 11 facts about Chris Hemsworth.

In the 1987 film “The Princess Bride,” Hemsworth had a “cinematic crush” on Robin Wright. In 2017, Hemsworth told W magazine, “She’s just so incredibly beautiful, confident, strong, smart, and witty.” also added  “I adore that film.”[1]

In 2019, Hemsworth launched Centr, a fitness app focused on how to “train, eat, and live better.” According to Hemsworth, the app is based on “the three main elements of healthy living — movement, nutrition, and mindfulness.” [2]

Hemsworth worked for a pharmacy that rented out machines manufactured by the appliance company “Fisher & Paykel”. His job was to use a toothbrush, spray, and wipe to clean the dried milk off the breast pumps.” [3]

4.Keen Surfer And A Footballer

Surfing and football are two of Chris Hemsworth’s favourite sports. Surfing was his adolescent hobby, and it has since become his favourite pastime. Unfortunately, due to a shoulder injury, he had to forego his dream football career.

You must keep in mind that Thor is not a small man. He’s never been thin, lithe, or subdued. Since he is the god of thunder, he has always been big, beefy, and ripped, and he enjoys fighting whenever possible. This is the type of role that someone with average muscle mass would not have worked out for. Therefore, Chris had to gain 20 pounds in order to play Thor.

Unlike most Hollywood actors who prefer to live in Los Angeles, Chris Hemsworth finds the city “suffocating.” He prefers to live in Byron Bay, Australia, unless he is shooting. He also avoids discussions about Hollywood or show business while on vacation.

Hemsworth spent most of his childhood in the ocean. As he grew older, his passion for marine life compelled him to take action to protect the marine environment. On June 8, 2018, Hemsworth collaborated with Corona Australia to honour World Oceans Day.

Some celebrities don’t mind and continue on their way as the photos are taken, but Chris finds them particularly bothersome when he’s out with his family because he is very protective and doesn’t want to be approached all the time.