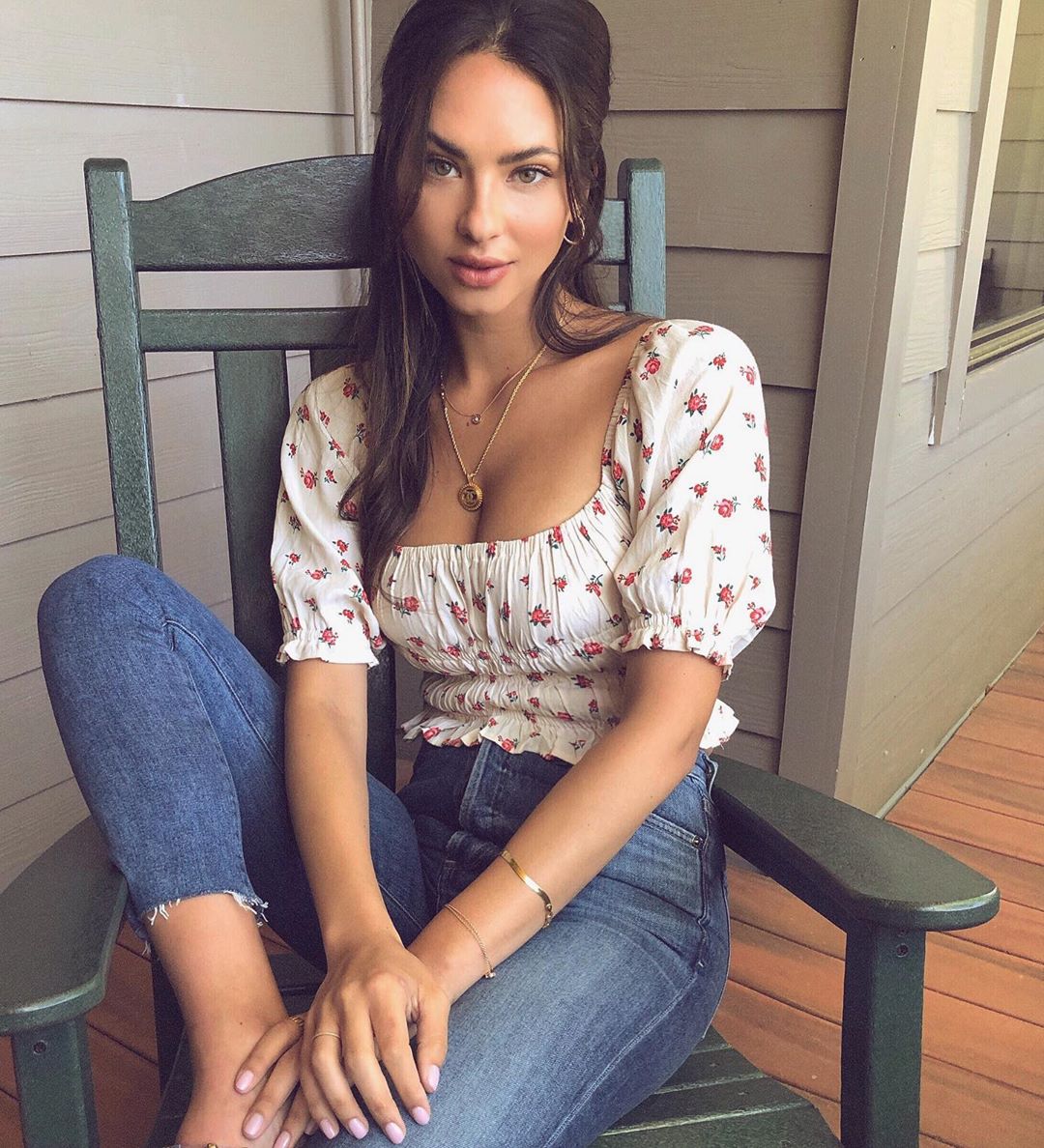 Christen Harper is a model and an aspiring actress from the United States who rose to prominence as the girlfriend of American football quarterback “Jared Goff”. Previously, she was represented by modeling agencies such as LA Models and Wilhelmina Models.

Christen Harper, Jared Goff’s girlfriend, posted a video reacting to the Lions’ victory over the Vikings on Sunday, December 5, 2021. That piqued fans’ interest. Hence we’ve brought some unknown facts about her below.

Harper was chosen from the 2021 Swimsuit model search to appear in Sports Illustrated’s coveted swimsuit edition. “I wouldn’t be where I am today if I hadn’t been inspired by the first Swimsuit issue I picked up when I was 13,” she told the magazine. [1]

Harper is a California native who aspires to be an actress. She played the titular role in the sci-fi drama “Auggie” last year, playing the AI companion to Richard Kind’s Felix. She also appeared in an episode of “Entourage” in 2006. [2]

3. She Has Gone Viral

Christen Harper’s reaction to the Lions’ 29-27 victory, their first of the season, has gone viral. Harper was on a modeling assignment on a sandy beach in a yellow bikini when the Lions won. She couldn’t stop smiling from ear to ear as she watched the replay.

Her acting career began when she was 11 years old when she played “Sparkler” in the 2004 short film “Seven’s Eleven”. She appeared as Teenage Girl #1 in Season 3 Episode 2 of HBO’s “Entourage” and is credited in the 2019 films “Auggie” and “The Obituary Of Tunde Johnson”.

6. Never Thought To Build A Career In Modelling

Christen began her modeling career at a young age, but she had no idea that it would become her profession. Surprisingly, she made modeling her full-time job, signing a contract with LA Models, and campaigning for major brands such as “Third Love” and “GUESS”.

She is a supporter of charitable organizations. Christen has been assisting UNICEF in saving and protecting the world’s most vulnerable children. She not only helps the organization by funding it, but she also encourages her fans to support it.

She has made a lot of money while being represented by the popular modeling agency ‘Wilhelmina Models’ and the rising actress. On her Instagram page, she also endorses and advertises various brands.