Hailing from Louisiana, USA, 23 years old Dylan Dauzat is a popular social media figure, actor, and singer. He has worked in various TV series such as Hyperlinked and Hacking High School. He has also appeared on Magcon 2016 tour along with Cameron Dallas but dropped out after 4 months. Right now he has 700,000 YouTube subscribers and around 1.3 million Instagram followers. He also stands at 21st position on the Most Famous Viner. His fans call themselves Dylanators and he himself uses the hashtag dylanators on his Twitter posts. Woww… that’s wonderful! Well, here we are going to share some amazing facts that you probably didn’t know before. So, give it a read!

Dylan has a thin body structure with a height of around 5.9 and has short copper brown hair with gold-flecked brown eyes and a fair complexion.

Dylan had always been good at studies and despite facing problems in attending school regularly due to his rising career, he would always get A in all subjects. However, he dropped out of high school because of his English teacher who used to give him an F for no apparent reason. He completed his graduation online with a 4.0 GPA.

Dylan debuted as a singer in December 2014 by releasing his song kickin it on iTunes and a music video sometime later. His song topped the iTunes chart within 24 hours of release. He has also released Mine Tonight and Magnetic.

Dylan shows his charitable side frequently by supporting charitable organizations and causes such as Ryan Seacrest Foundation and DoSomething.org, the anti-bullying non-profit organization along with visiting children’s hospitals.

Do you wanna know about his most popular video? Let us tell you that his most famous video is Things cute girls do on YouTube which he uploaded in July 2013.

According to Dylan if he was not a social media star, he would be an environmentalist or a baseball player which he loves passionately.

Dylan loves Dove chocolate and claims that he can eat a whole bag in an hour. He loves playing video games especially GTA5 online and also loves Disneyland. He finds his musical inspiration in Cole and Jason Derulo.  His favorite YouTuber is Connor Franta, and his favorite Viner is Rudy Mancuso. 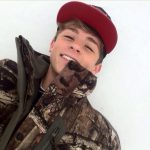