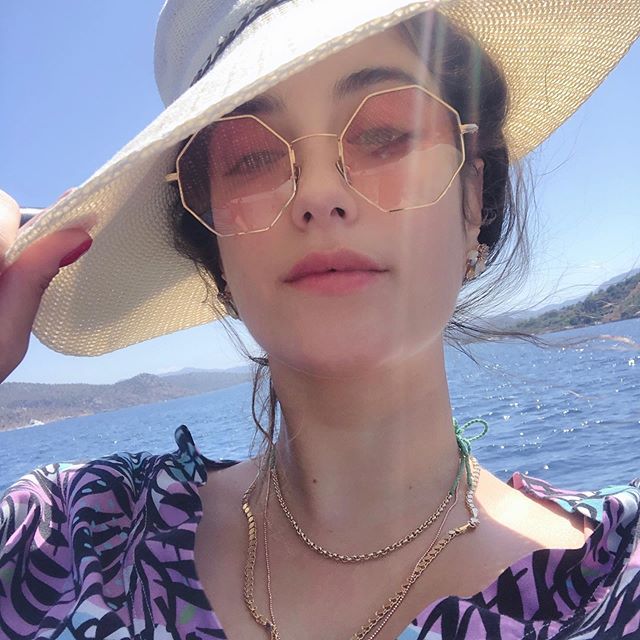 Hazal Kaya is one of the popular stunning Turkish actresses on born 1st October 1990. She is best known for her lead cast I various hit series, like Adını Feriha Koydum, and Bizim Hikaye. The actress has won a large number of accolades throughout her career.

1. Hazal Kaya is considered as one of the highest-paid actresses in Turkey

By the estimation, it was found that the well-known actress has a net worth of 2 million dollars till now as she spent a very luxurious. Hazal Kaya is amongst the highly paid actress in Turkey and the 10 best salaries TV celebrities.

2. Hazal Kaya is still a student

She has completed her graduation from the Liceo Italiano di Istanbul in 2009. After that, she got enrolled for her higher education at Istanbul Bilgi University, and currently she is still a student in Istanbul.

3. Besides acting, Hazal Kaya has her interest in the musical instruments since her early teenage

Hazal Kaya was jointed the art and acting world at her early teenage, during which she took ballet and violin lessons for the seven years.

4. She is also the star of pop music

Hazal Kaya has appeared in Turkish music videos of the various famous pop singer’s albums like she was the starred in the pop song “İzmir Bilir Ya” which was sung by Aslı Güngör in 2008. Another starring was in the music video “Deniz Üstünde Fener” by Selçuk Balcı in 2011.

Her Turkish debut drama “Bizim Hikaye” in which she appeared with Burak Deniz. Its Urdu dabbed has started on the Urdu, titled the Urdu translation of Bizim Hikaye that is “Our Story” since November 2019. This famous drama has been broadcast internationally throughout India Pakistan and UK which is an adaptation of the British famous series Shameless.

6. How many people she is following by?

In twitter, she is following 816 586 peoples at @hazalkaya account. Whereas the beautiful actress is following by 4.9 million peoples.

7. Who is the actor with whom Kaya is dating now?

There was the news of dating of the famous Turkish actress Hazal Kaya with Ali Atay who is also an actor. By whom she got married recently, in 2019.

8. How many times she is nominated?

Hazal Kaya was nominated 32 times in various awards function in which she was the winner of 14 awards.