Inanna Sarkis, a Canadian actress is also known for being a most celebrated social media celebrity as she has been entertaining a larger audience with the viral videos that she produces for her YouTube channel. She is basically from Hamilton, Ontario, and was born to a Syrian Assyrian father and Bulgarian mother. And what’s more? She is the lady who took the start of her career at a young age and became a real inspiration for all youth out there. The actress has built up her extensive career by working in many movies and she is mainly known for appearing in the film named ‘After’ and its sequel named ‘After We Collided’. Well, there are many things that we are sure you guys don’t know about her and here we are sharing some lesser facts to get to know more about her professional and personal ventures. Let us give it a read! 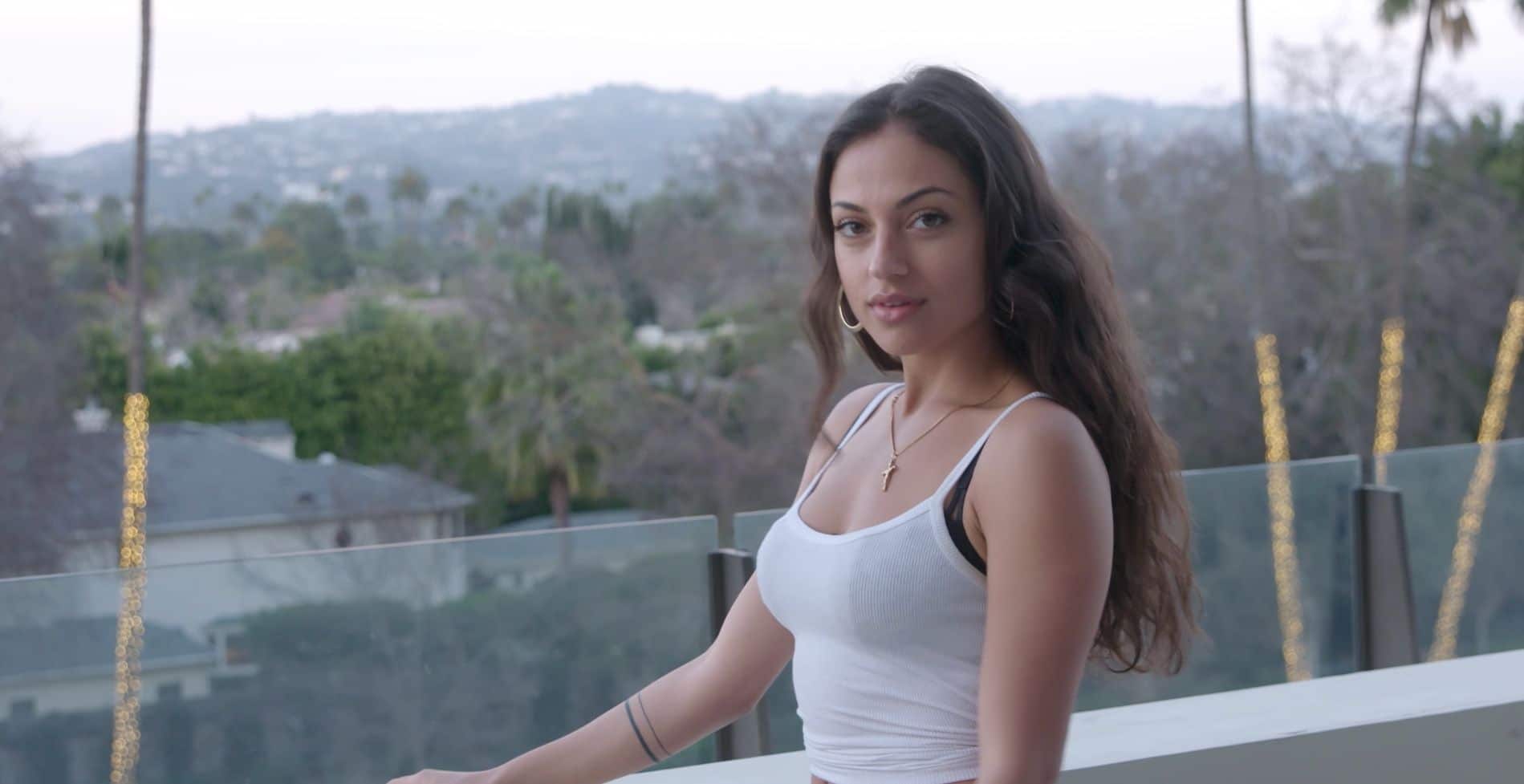 Inanna Sarkis is a dynamic star who is blessed with multiple talents as she has been working as an actress and built her identity on the social media platforms by debuting on the YouTube channel where she shares a variety of stuff for her viewers.

In 2017, the famous, admiring social media personality, Inanna Sarkis got the chance to get featured in the PAPER Magazine as one of today’s young stars who are pursuing a career in entertainment outside of traditional modes.

In 2019, the young entertainer, Sarkis made her career in the field of acting and appeared in the film named ‘After’ and its sequel named ‘After We Collide’ for which she got immense love and recognition.

4- Participated in a Campaign

The Canadian actress, Sarkis signed a deal with Sprint to take part in a Campaign. And it was a pleasant moment for her when she signed a contract with them. That’s wonderful!

5- Paired Up with WWE

The stunning, young actress, Inanna Sarkis also paired up with WWE to create a character named ‘Miss North’ and visited WWE Performance Center for where she had to film.

6- Featured in a Digital Campaign

The actress, Sarkis also featured in a digital campaign where she promoted 20th Century Fox’s Action Spy Comedy ‘Kingsman: The Golden Circle’ in the month of November.

We all know that Sarkis is a Canadian actress and a YouTube star, but here we would like to tell you that she is blessed with more talents as she is a good writer, director, and producer as well and fortunately, got success in all her professions.

Very few people know that Sarkis is a family guy who loves spending time with her family. Despite gaining much fame and huge success, she never forgets where she came from. And she always takes time out for her family to do fun-loving things with them.