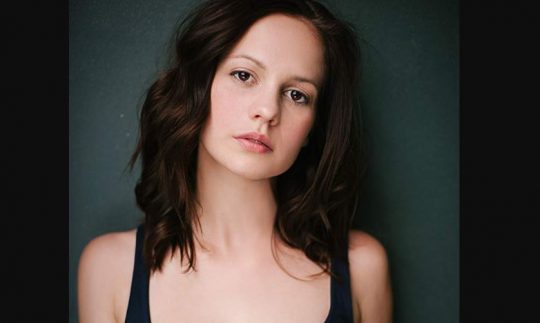 Melanie Zanetti is an Australian actress known for both her on-screen and voice acting work. Her live-action credits include “Young Rock” and “The End” on television, as well as the film “Love and Monsters”.

She has done exceptionally well both as an onscreen actress and as a voice actress, which has helped her gain a large fan base. Her fans and followers may be interested in reading some of the facts we’ve compiled about her.

1. Didn’t See Herself As an Actor

Melanie revealed that she believed acting was not a natural fit for her. According to her, she believed that the showbiz industry was only for beautiful and attractive people, so she never imagined that she could perform well in acting.[1]

Despite her desire to be an actress, she suppressed her desires and enrolled in a journalism degree program due to her fears. This, however, did not completely satisfy her.

after witnessing her keen interest in acting Her parents pushed her to pursue acting and overcome her fears. They became a large support system for her, and their help enabled her to reach the peak of the showbiz industry.

She is a fantastic on-screen performer as well as a fantastic voice actress. Voice acting is not for everyone, but Melanie has done it extremely well. She has done a variety of voice work, including work on the animated series “Bluey.”. [2]

She is afraid of acting, as we have already discussed. It was primarily due to her severe learning disability known as “Dyslexia.” As a child, she struggled to read or learn new things.

We saw some of her pictures traveling to different places while scrolling through her Instagram account. That tells us that the actress enjoys not only traveling but also a variety of outdoor activities such as swimming.

She has also shared pictures of many books on her nightstand, indicating that she enjoys reading.

Melanie displayed some of her photography skills on Instagram by taking random pictures of places she’d visited. That’s something else she enjoys doing when she travels.