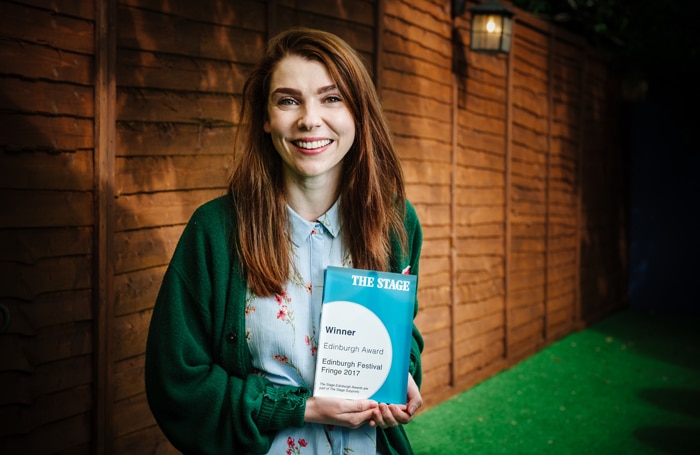 Born on 2nd August, Milly Thomas is a 33-year-old, well-known British actress and writer famous for her roles in the English theatre. The witty actress participated in the young writer’s programs for different theatres such as Soho and Headlong and eventually won an award for Acting Excellence at The Stage Edinburg Awards for her role in the play ‘Dust’ in 2017. She has also worked in various web series and TV shows such as The Crown, The Tooth Fairy, and The Feed, etc. She became renowned for her roles in The Woman in Gold, Joan of Arcs, and The Quack. Her play Dust was also nominated for Best New Play and Best Off-West End Production at the WhatsOnStage Awards 2019. Presently she is working to adapt Dust for television with Sharon Horgan and Clelia Mountford. Her written works include Clickbait, Brutal Cessation, and First World Problem, etc.

Milly is a 33-year-old vibrant and charming actress with a height of 5 feet 10 inches and shoulder-length chestnut brown hair paired with grey-green eyes and a fair complexion.

Music to Milly is a very helpful tool in preparing for her roles in plays and while writing too. According to her, she listens to ‘weird ambient stuff or the Spotify playlist’ as it helps her in writing on difficult topics.

The star possesses a modest nature and tries to downplay her talents which adds to her charm. She is self-effacing yet confident in her work and tries to go the extra mile.

4- DUST is very close to her heart

Having battled depression for quite some time herself, Milly wrote DUST in order to depict the true consequences of suicide and its effects on those left behind. She hoped to highlight the severity of the issue and has siphoned some parts of herself in the main character of her play ‘Alice’.

According to Milly, she discovered writing through her acting when she couldn’t wait to get her roles. She loved writing and storytelling and decided to give it a go when things weren’t good for her acting career.

Milly owns a dog and even has created an Instagram page for it. Her bio on Twitter includes ‘Dog Mother’ displaying her passion for the faithful creatures.

Milly enjoys music, traveling, and reading along with spending time with her husband and dog. Her favorite music is country and pop.

Milly has a habit of working even throughout the weekends and holidays as she suffers from the Fear of not working. She believes she can write anytime, anywhere and is unable to relax completely- a habit instilled in her during her days in drama school.