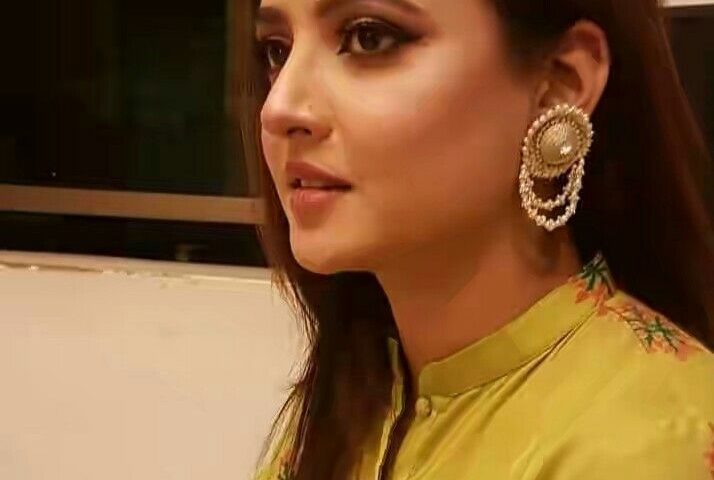 Mizna Waqas is a rising television actress. Her acting skills earned her a place in many people’s hearts. And rose to prominence in a very short period of time. Her charming and lovely personality is enough to make anyone fall head over heels in love with her. She is more than just a TV actress. But she’s also doing very well in the theatre. She demonstrated her abilities by appearing in a number of TV dramas and soap operas as a supporting actress.

You’ll undoubtedly want to learn more about her, so we’ve included some little-known facts about her below.

Mizna Waqas recently appeared on TV one in “The Mazedaar Present,” hosted by Faizan Sheikh and Aadi (Adeel Amjad). In the show, Mizna recounted an incident in which acclaimed actor Rashid Farooqi scolded and insulted her while filming a scene. [1]

She was endowed with a sweet and melodious voice. She has the ability to host, so in addition to appearing, she is also a successful host. For a year, she hosted the show ‘Qabool Hai.’ She has also appeared on a few radio shows.

She has appeared in a variety of shows and has demonstrated her talent in the theatre. Mizna has worked hard to establish herself in the industry despite coming from a non-artistic family.

Mizna is best known for her role as Billo in the popular drama Suno Chanda, which is how people first became aware of her. She is a stunning actress who knows how to win people’s hearts with her flawless acting.

Mizna’s dedication and love of acting landed her a job in the television industry. She made her acting debut in the drama series “Mera Naam Yousuf Hai” in 2015. That was one of the most commercially successful and popular serials at the time. Despite the fact that her character was secondary and minor in nature. She did, however, receive a lot of praise for her excellent acting abilities.

She is not one of those celebrities who, after entering the entertainment industry, forgets all the good things about their religion. She is Muslim and encourages her followers to pray, as evidenced by her Instagram posts.

She is also one of those people who are attempting to change the world by spreading positivity through whatever means they have available to them. Mizna is also attempting to instill in her fans a positive outlook on the world through her posts on Instagram.

8. Enjoys Spending Time With Her family

When she has free time, she enjoys spending it with her family. She has a cute little baby of her own that she adores, as well as a loving family.