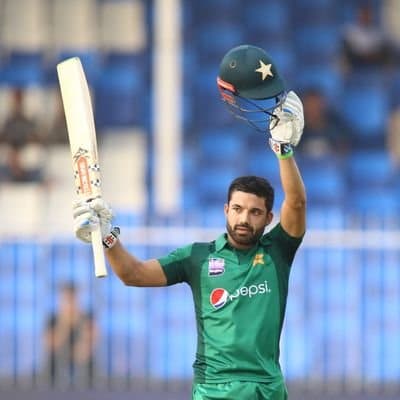 Mohammad Rizwan is a Pakistani wicketkeeper batsman. He is known for his acrobatic keeping and ability to adapt in any situation, particularly in the limited-overs format. His outstanding performances earned him a permanent spot in the Pakistani team across all three formats.

Let us learn some interesting hidden facts about this talented cricketer, who has won everyone’s heart with his outstanding performance on cricket grounds.

1. His First Mark In Cricket

He first made a name for himself in cricket while playing for “Sui Northern Gas Pipelines Limited” in the final of the “Quaid-e-Azam Trophy” in 2014-15. Where he scored 224 runs and helped his team win the title for the second time.

In April 2015, he made his first international appearance since the 2015 ODI World Cup, against Bangladesh, in an ODI in which he scored 67 runs off 58 balls. Bangladesh batted first and set Pakistan a 330-run target. Rizwan came in at number three in the 28th over while chasing.

In the same month, he made his T20I debut against Bangladesh, but he did not get to bat. On May 24, 2015, he batted for the first time in a T20 against Zimbabwe at “Gaddafi Stadium” in Lahore.

He was consistently making an impression in the shorter format of the game, and the Pakistan Cricket Board soon awarded him the central contract for the 2018-19 season, along with 32 other players (PCB).

On March 24, 2019, he scored his first ODI century against Australia at the Sharjah Cricket Stadium in the United Arab Emirates. He was batting fourth when his team lost two quick wickets in the space of seven overs. Rizwan scored 115 runs with a strike rate of nearly 91.

Rizwan began displacing Sarfraz as the first-choice wicketkeeper across all international formats due to his outstanding performances on the cricket field.

He was named to a 29-man squad for Pakistan’s tour to England during the COVID-19 pandemic in June 2020. Rizwan, on the other hand, was one of seven players from Pakistan’s squad to test positive for COVID-19 on June 23, 2020. But, thankfully, he recovers quickly. [1]