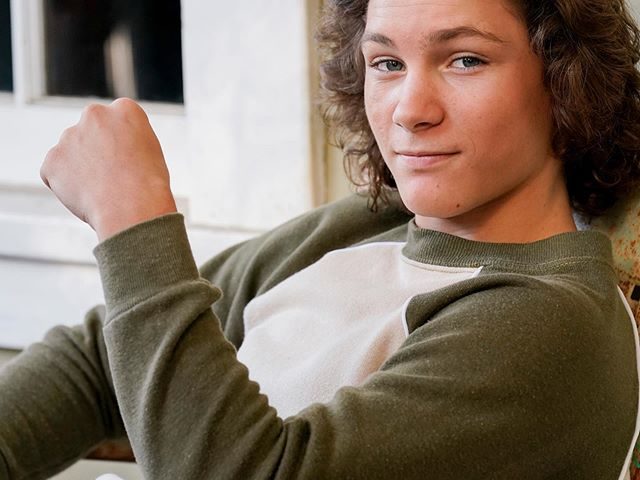 Montana Jordan is a famous American child actor who born March 8, 2003, in Longview, Texas, U.S. currently he is living in a small town named Ore City. Jordan belongs to American White ethnicity. His father’s name is Tony Jordan and the mother’s name is Kelli Pieratt Smith. He has two siblings, the elder sisters of Jordan Katelli and Jaden Jordan.

He receives huge fame as a child artist

Now the famous actor is just to be 16 years old, however already attained a great deal of fame due to Montana Jordan’s pretty typical childhood looks, unlike the many former child stars. As of 2019, Jordan has over 56,000 followers on his Instagram account.

He is best known for a child role as Georgie Cooper in the CBS comedy TV show, Young Sheldon which is a spin-off The Big Bang Theory. Which garnered him a nomination for the Best Performance in a TV Series as a Supporting Teen Actor at the 39th Young Artist Awards.

He was born in Longview, Texas, however, he was growing up in the small city of America Ore City, Texas. In October 2015, Montana Jordan was encouraged by several Ore City’s locals to try out and went to audition for an acting role.

His first appearance was cast in the comedy film for the role of Jaden where he beat approximately 10,000 kid actors who came for the audition along Jordan and selected from such large applicants.

He made his first debut in the Jody Hill-directed film The Legacy of a Whitetail Deer Hunter, along with the famous American actor Josh Brolin who played the role of his father. He was cast in 2015 but the film was released in March 2018.

How much is Montana Jordan Worth?

Montana Jordan’s net worth was estimated as 2019 which is $2 million dollars. He got this large amount of worth by his acting in TV series as well as Hollywood film.

He loved outdoors all the time

Moreover, his acting and riding, he also spends his time to play for the Ore City Rebels. Besides this, he plays and enjoys Motor racing and football even for the National team. Additionally, he is also an avid hunter. Jordan has also learned to play the acoustic guitar for his role as Jaden in his Hollywood film debut.