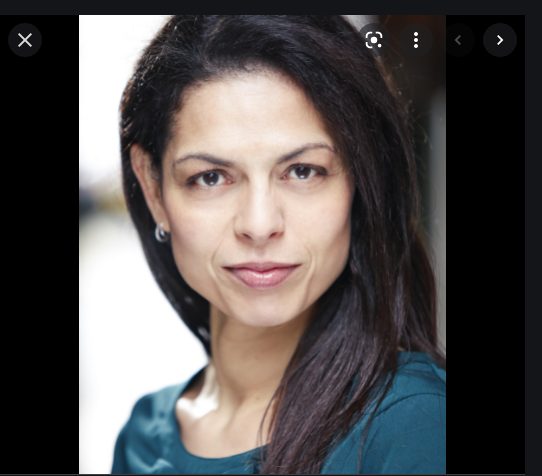 Myriam Acharki is an actor and an editor but most importantly she is an artist at heart and soul. Once a student of the legendary Phillippe Gaulier, Myriam is a caricature of profound progression, transforming into a larger-than-life actor-one who is mindful of the importance of stagecraft-and seeks excellence with every act she displays. Well, the actress has the ability to fit herself in each character she plays and has been ruling the hearts of many since the day she started her acting career. Undoubtedly, her fans are in love with her performances and stunning looks. Today, we are going to share some lesser facts to get to know more about her life. Just have a look!

Myriam Acharki was born in Brussels, the capital of Belgium, to Moroccan parents, the now 44-year-old is a mixed race. That’s incredibly amazing that she comes from an educated family.

Myriam Acharki is known for her role as a priestess in John Carter (2012), a beach community member in the Beach(2000), and Naila Zalmi in the Canadian Television miniseries Human Cargo (2004). More so, the spellbinding theatre performances that Acharki delicately curates are only a sneak peek into her love for the craft.

For marvelously portraying her character in Human Cargo (2004), Acharki was nominated for  Best Performance in a Featured Supporting Role in a Mini-Series or Dramatic Program at the Gemini Awards.

4- Flair for the dramatics

Her fondness for theatre and quest for skill landed her institution after institution, place after place. In Brussels she trained in Artistic Humanities followed by staying at L’Insas, the National Higher Institute of Performing Arts and Broadcasting Techniques for a year. Then she moved to London to train with the teacher of clown and modern theatrics, the Philippe Gaulier, of Jacques Lecoq school.

Every time Myriam performs, she raises the benchmark even for herself. The drama maestro’s theatre credits include Theatre 503s Out of Sorts a tender drama premised on belonging and identity, The Finborough’s Returning to Haifa, Punchdrunk Ks Kabeiroi, and many others.

The 1952 George Axelrod’s three-act comedy play The Seven Year Itch was reincarnated and premiered at the Queen’sTheatre in London from October 9 2000 to December 9, 2000, and needless to say, Myriam Acharki was a part of it. She played the character of Marie What-Ever-Her-Name-Was.

Jumper by NFTS, City of Tiny Lights by Ferden Productions, and Formosa Film’s 28k is an addition to the scroll paper of Myriam Acharki’s accomplishments.