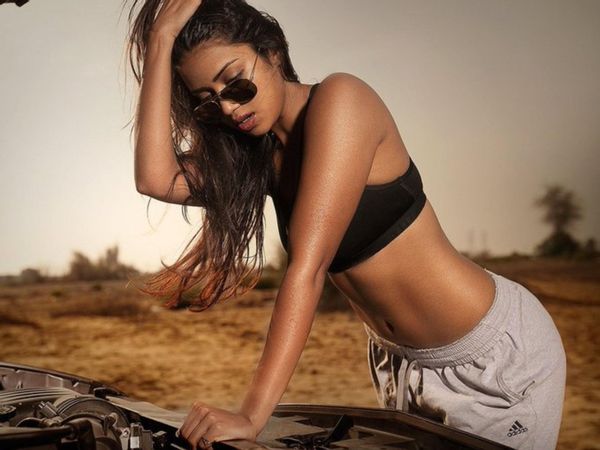 The pretty gorgeous, Indian actress, Nivetha Pethuraj, was born on 30th November 1991 in Madurai, and later moved to Thhothukudi where she did her primary schooling. The actress has been working in the Southern Film Industry, particularly appears in Tamil and Telugu films. In 2016, she made her acting debut through a fil named ‘Oru Naal Koothu’. At the age of 11, she left India and moved to Dubai along with her parents. In Dubai, she studied in Cresent English High School and lived there for 10 years. Well, after completing her studies, she then decided to pursue acting as a career. However, here we have much more to know about her, so let us have a look!

The stunning South – Indian beauty took part in the beauty contest in the year 2015 where Nivetha Pethuraj was honored with the title of Miss India UAE pageant.

You guys will be surprised that Nivetha Pethuraj is not just blessed with incredible acting talent, yet she flaunts her modeling skills as she has worked for many prestigious brands.

The Southern actress, Pethuraj has some other interests including reading books, gardening, painting and listening to her all-time-favorite music.

4- Landed in the fire

The controversy sparked when she uploads bold pictures of herself on her Twitter account and those pictures went viral on social media. Thereafter, she lodged a police complaint against the same.

She is among the ones who have recognized for her work and incredibly Nivetha was honored with life’s biggest achievements including ‘Best Fresh Face of the Year Award for the Tamil film ‘Mental Madhilo’ in 2017.

Before joining the acting line, Nivetha Pethuraj started her career as a model in Dubai and also took part in a beauty pageant competition where she emerged as a winner.

Not many people know that Nivetha Pethuraj has another hidden talent as she is a well-trained boxer and wrestler as well. It seems like she is a multi-talented girl who flaunts her incredible talent.

In 2016, she made her Tamil film debut through ‘Oru Naal Koothu’ which became an instant hit and this led her to make herself the best actress in the Southern Film Industry in a brief time.