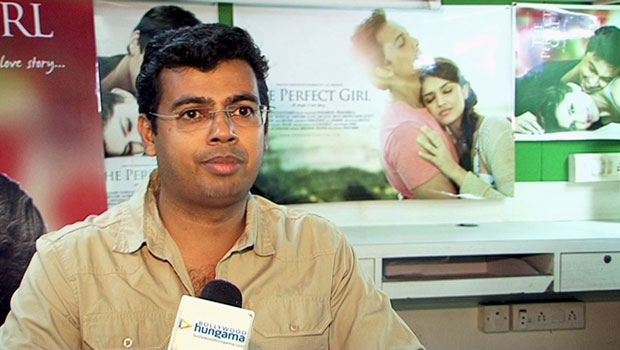 Prakash Nambiar is one of the most celebrated stars in the Bollywood film industry who flaunts his directing skills as he has directed many films for which he got much recognition during his career life. Apart from this, he is known for being a successful film producer who has produced a variety of movies so far and got appreciation from viewers. While being an animator, he is known for his best Bollywood film ‘Hum Tum’ in which he created two animated characters. The film was produced under the banner of Yash Raj Films & Kathaa Animations Company. In the film, Saif Ali Khan and Rani Mukherji played pivotal roles as lead stars. What’s more? The film was honored with the award and critically acclaimed. However, still, there are things to know more about him. So, let us dig out some lesser facts!

Prakash Nambiar is a man who is gifted as he is blessed with incredible talent. Nambiar is not just famous for his film directing and producing skills, yet he is popular for being an animator, film writer, author, and entrepreneur as well.

Among many top-ranked movies, one of the best directorial may include his first directorial project titled ‘The Perfect Girl’ which was released in the year 2015 and the best is, Nambiar got immense love and appreciation on his directorial debut.

Prakash Nambiar is known for being a perfect animator who has the ability to create animated characters for the movies as he created in the Bollywood critically acclaimed film titled ‘Hum Tum’ starring Saif Ali Khan and Rani Mukherji.

The most talented guy has a massive fan following not just on his social media accounts, yet in his real life. Even he is appreciated by his millions of fans and followers for his work on social media, particularly on Instagram.

Besides managing a number of professions together, Nambiar never left writing and he became an author who has written a book named ‘The Blunder Years: Memoirs of an Introverted Teenager’ available on Amazon.com in 2020.

Interestingly, Prakash Nambiar has another feather on his cap as he is the founder of FFTG Awards Film Fest, which is an annual international digital event, based in New York City, USA.

Among many prestigious achievements, the famed star, Prakash Nambiar was honored with the Star Screen Award for the category of Best Special Effects for the Bollywood critically acclaimed film titled ‘Hum Tum’ in the year 2004.

Prakash Nambiar also tried his luck on the short directorial (debut) ‘I Dream of Hope’ which was released in the year 2011. Nambiar himself not just directed the film, yet produced it. Also, he wrote the film script for the movie as well.