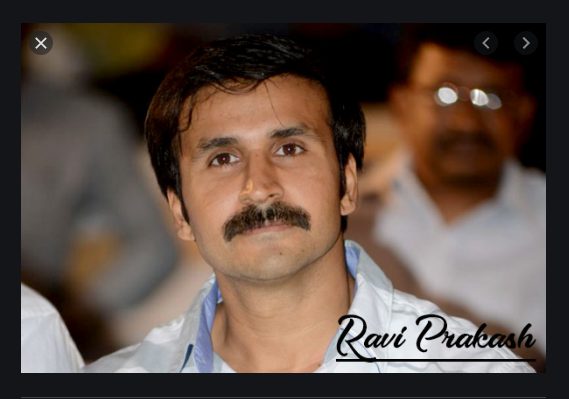 Ravi Prakash is the most talented Indian actor who exclusively worked in Telugu and Tamil film industry and has given amazing performances in many credited films. Mostly, he played supporting roles for which he got huge acclaim and much popularity during his career life. There is no doubt that he has the ability to win the hearts of many with his outstanding performances. However, today we are sharing some unknown things you probably did not know about. So, let us have a look!

By profession, Ravi Prakash is a doctor as he wanted to pursue a career in the field of medicine so he did MBBS from Russia.

During his university holidays, Ravi Prakash decided to join modeling as a career and did many modeling assignments for notable brands.

When Ravi discovered his interest in acting, he then joined the Satyannd Acting Institute alongside his friends.

He was approached at the Film Studio, Ushakiran Movies, and got his first acting gig in which he had to play the lead role in the production ‘Subhavela’ in 2000.

His debut film ‘Subhavela’ got flopped as it received mixed reviews, like; Newcomers fail to impress’ etc.

After a gap, Ravi then gave a breakthrough with the film ‘Eeswar’ which was released in the year 2002.

In 2004, Ravi Prakash appeared in the film named ‘Gharshana’ directed by Gautham Menon in which he played the role of a Police Officer.

Among many popular films, one of the best-loved is ‘Athadu’ directed by Trivikram Srinivas released in the year 2005.